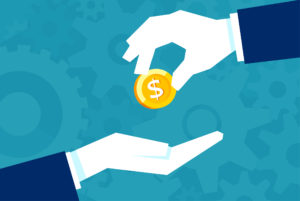 Some of you may have had the misfortune of a fire at your factory, office or home. The quick response of the fire services probably saved the building and the least of your concerns was the collateral water damage – until you were forced to clean up the mess! And that’s precisely the aftermath facing everybody who calls out the firefighters. The goal is to extinguish the fire – not to protect the property from residual spoilage.

Now hold that thought – and think of Central Bank interventions. The potentially catastrophic economic effects of the coronavirus needed tackling. Along came the firemen flooding the economy with money. The fire hasn’t been extinguished, and more water may be needed, but their actions are, nonetheless, very welcome. Now what of the residual damage? Who exactly is going to clean up the mess?

For many decades, Irish governments have warned of the dangers of over borrowing; picture Charlie Haughey’s famous remark of “living beyond our means”. The inaction of not borrowing in times of need inflicts hardship on the present and relieves the future of crippling repayments. Successive Irish governments have displayed prudence in tackling economic downturns by borrowing just enough to deal with each situation. However, it remains the case that all borrowing must eventually be paid back by future generations.

In response to the current pandemic, all governments across the western world have spent huge amounts of money in order to relieve the economic woes of their citizens. In almost all cases this is borrowed money. Over the years, there have been “strict” rules on the extent of government borrowings allowed within the EU – rules which have variously been breached from time to time. When somebody gets around to doing the calculations, the amount of borrowing required to cover the government spending of recent months will tear up every rulebook that was ever written.

It’s a real living paradox. The money must be spent to keep life in kilter. But borrowing such vast amounts will leave an enormous mess to clear up in years to come – perhaps long, long after we’re gone!

From the dawn of time, people have procrastinated and “long-fingered” tough decision making. However, in the past, life was much slower. Computers didn’t exist or were very basic. AI was more associated with breeding livestock than robotics.

The pace of life and the speed of progress might sound like a good thing. More and more people are being lifted from poverty. Diseases are being eradicated. Covid-19 will be ensnared. However, a worrying feature of this break-neck advancement is that the dirty, messy wreckage that will be left behind from gross indebtedness may have to be tackled by this generation and not the next!