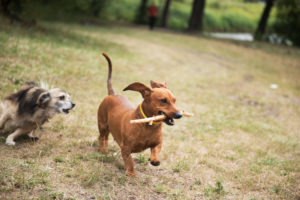 Today is Friday 13th – a superstitious occasion for some. There is at least one Friday 13th every year, some years have 2 or more but 2022 has just one. Rule of thumb: if a month begins on a Sunday then it will have a Friday 13th. This has little to do with the rest of this piece except to note that Friday 13th is considered unlucky and that Central Banks currently find themselves in an inauspicious position.

Central Banks are cautious by nature. Their primary aim is fairly straightforward – to protect financial stability by setting a suitable financial policy framework. The scope of their activity in agreeing monetary policy often strays into other areas of the economy like supporting economic growth; promoting job creation; encouraging full employment; protecting retail consumers and tackling inflation. Some of these objectives are consistent with their primary aim but others are not.

Central Banks are best suited to carrying out their duties behind the scenes and away from outside scrutiny – but transparency and accountability forces them into the public gaze from time to time. When speaking in public they engage in talk that tells a story but says nothing at all. This is a deliberate ploy. Central Banks do not want to forewarn market players of their intentions in case they provide the latter with profitable opportunities. They also refrain from making forecasts of future events because trying to predict future market conditions is nigh on impossible. They are also humble enough to accept that they may not have all the answers and, therefore, keeping the message vague is ideal.

At a recent scheduled press conference just moments after raising interest rates by 50bps to 1.00%, the US Federal Reserve stated that this is a very difficult environment to try to give forward guidance 60, 90 days in advance. This was in response to enquiries about their future plans. Without stating it for sure they gave enough hints (if one could read tealeaves) that further rate rises are coming in June and July. The European Central Bank similarly indicated that it is clear that at some point they are going to be moving rates not just once, but over time in a sequence. This could be as soon as July.

What are we to make of these nuggets of information? Well first of all, they are mere extracts from much larger ambiguous statements. They cannot be taken as certain and, yet, we have to determine that the comments were purposeful and intended. The markets have reasoned that interest rates will continue to rise over the coming months and years until they reach levels where inflation is brought under control. Nobody can predict when this might be. Nobody can predict how high interest rates will have to rise.

What is certain is that inflation is amongst us and is rising fast. The classic counter to rising inflation is a higher interest rate. They won’t publicly admit it but Central Banks are playing catchup!!