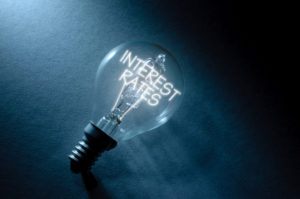 No matter what predicament humans face, the cost of finance is not far from being of top significance. Some incessantly worry about prices while others have a mere passing concern. But either way the price of money is a constant issue for us all. The price is helpfully converted by way of an interest rate. That’s right, interest rates are the expression of the cost of money – and just like many other aspects of the economic miasma, interest rates rise and fall depending on supply and demand.

Back in January this year, MMPI suggested that a tug-of-war was looming in financial markets between buyers and sellers. We opined that, perhaps, the greatest tug-of-war would be the battle between the US Federal Reserve and the rest of the participants in global capital markets. We also proposed that the dates we should consider most in 2022 were the dates of the meetings of the Federal Reserve’s Open Market Committee – where short-term US Dollar interest rates are determined.

On Jan 26, the Fed signalled a likely steady rise in interest rates through 2022 and 2023. On Mar 16, the Fed raised rates by 0.25%. On May 04 (next week) the Fed will increase rates by a further 0.50%, according to most analysts. They also have scheduled meetings set for Jun 15, Jul 27, Sep 21, Nov 02 and 14 Dec, when further increases are expected. It is also possible that they may take action outside of planned meetings – that’s not unprecedented.

So why are they aggressively raising rates? To try and curb inflation. Higher interest rates increase borrowing costs and slow the economy down – thereby reducing inflationary pressures. It is not as simple as that and it can never be as simple as that but that is the logic. And exactly why should Irish consumers be concerned that US interest rates are rising? Because Euro rates will almost certainly follow suit in time.

Now for the complicated bit. The interest rates set by Central Banks like the ECB and Federal Reserve are short-term rates that affect day-to-day borrowings. The time lag between a decision on short-term rates and the impact being truly felt across the broader economy is estimated at 12 months. It must surely follow then that we will all have plenty of time to adapt to this new interest-rate environment! But that is not correct and it is a common error of judgement by many consumers.

The cost of money has many guises – all of which are expressed by interest rates. However, a 30-year interest rate behaves in a different dimension to a 30-day interest rate. Both are influenced by different factors and both move at a different pace and tempo. Longer-term rates have already reacted in anticipation of Central Bank actions by edging higher – and this is likely to continue for several months until a natural equilibrium is reached.

The ECB seems of be out of kilter with its current inaction but longer-term rates have already moved higher.