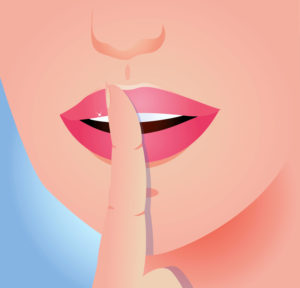 Last week’s events in Washington were certainly historical and deserve a retort. But the best response is surely silence! MMPI does not often venture into the political arena. It’s not because we do not have political opinions. It’s simply that market forces, in the long run, do not listen to politicians. Despite the ever-present short-term reasoning that pervades modern society, MMPI is more focused on the longer term.

It got us thinking about the value of silence in all its forms. Silence is golden sang The Tremeloes many moons ago. How right they were! There are moments in history best stolen by silence – allowing not even the faintest whisper.

The Book of Proverbs was way ahead of its time (but manifestly erred in solely using the masculine gender!).

When there are many words, transgression is unavoidable; but he who restrains his lips is wise.

He who despises his neighbour lacks sense’ yet a man of understanding keeps silent.

He who restrains his words has knowledge and he who has a cool spirit is a man of understanding.

O that you would be completely silent and that it would become your wisdom!

He who guards his mouth and his tongue; guards his soul from troubles.

Silence has other useful virtues too. The financial markets are littered with headline events that seem to demand action and comment. For example, last March in response to the first lockdowns in the western hemisphere the stock markets fell by 30-40%. There was turmoil and gnashing of teeth. Vindications and commentaries flooded the airways. Experts were dismayed. Uncertainty prevailed. Retail consumers were confused and demanded explanations. In hindsight, silence was the best stance.

Short-term variations are a feature of financial markets. The sway of demand and supply is an unconditional constant. In fact, investors should be concerned if it were otherwise. But headline writers don’t concur. They engage in sophistry to promote tensions and inflate egos. They create storylines around the intentions of buyers and sellers, which are rehashed versions of previous narratives. But the vast majority of the words represent hot air. Silence doesn’t sell newspapers, but it has its place.

Now that we have a chance to look back at 2020, we can see that, in general, the investment performance of pension funds and other long-term plans was +8%. This represents a healthy return given that global interest rates are close to zero. That tells us that despite all the market mayhem last March (and at other periods in the past) the world continues to move forward – innovation is rampant – human progress is ongoing.

The short-term responses of the past have proven to be futile; restraint was the best policy to adopt in all instances. Silence is truly gilded!