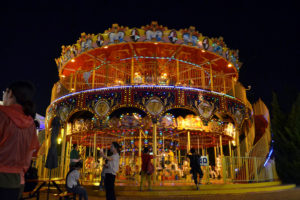 Older readers who had access to more than one TV channel will remember BBC’s Magic Roundabout featuring  Dougal, Ermintrude, Brian, Dylan and the irrepressible Zebedee. It wasn’t really a roundabout – it was more like a carousel. And it wasn’t really magical – that was just a ruse for gullible children.

Well those children have grown up and they find themselves on another far less whimsical circular merry-go-round. This time their imagination is being stretched in a completely different direction. This time it’s real adult stuff and there is no magical solution. It will feel like being on a regulatory-infused ride motoring monotonously (and needlessly) in the wrong direction and with no way of getting off.

Central Banks have driven interest rates to ridiculously low levels and regulators have raised consumer protection to a reverential status that cannot be challenged. But surely this is good, we hear you say. No, it’s NOT good!

MMPI accepts that we cannot go back in time. The Magic Roundabout had its day. Modern children would probably find it amusing in its naivety. We accept that evolution evolves but it does not always progress positively. We definitely seem to be in one of those negative time warps at the moment.

There was an era when banks adjudged the creditworthiness of borrowers and had no difficulty in refusing credit where it was unwarranted. There was a time when banks charged lumpy interest rates and added on hefty margins to protect their profitability; when insurance companies charged premiums that adequately reflected their risks; and when they thwarted pay-outs to underserving claimants.

Although not entirely consumer friendly, such approaches ensured an equilibrium in the financial system where risk and rewards were tolerably in check. MMPI acknowledges that in the modern world the pendulum needed to swing in favour of the consumer. But we are now seriously questioning the infrastructural damage that is being inflicted on the fabric of finance as a result.

Consumers and SMEs are nowadays in a position to borrow at very, very cheap rates. Repayments seem small. Why not borrow, borrow, borrow? And that’s exactly what’s happening. Hamstrung by consumer-protection rules, banks are lending, lending, lending – having less than full regard for repayment capacities. Older evaluation models, that were more accustomed to seeing rates of 10%, found it difficult to consider repayments doubling to 20%. But mortgages are now at 2% and a doubling to 4% at some stage is much more plausible.

Banks are less likely to refuse credit because regulatory rules insist that they must produce positive consumer outcomes. Consumers are less afraid of credit because the borrowing rates seem very manageable. The carousel is speeding up. Central Banks appear to be oblivious to the consequences.

Physics teaches us that a body that spins in a circular motion is subject to an invisible influencer called centrifugal force. If the carousel is not securely restrained it will fly off at a tangent causing irreparable damage. Just as well physicists are not at the helm!!