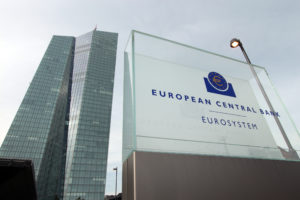 In their attempts to bolster the global financial system over many decades, Central Banks have imposed financial buffers of various kinds on financial institutions. The most notable are set out in the EU’s Capital Requirements Directives, which are themselves based on agreements reached by the Bank for International Settlements in Basle. Similar approaches are taken by other major regulators.

The imposition of solvency and liquidity ratios, and the overarching capital requirements regulations have been the traditional tools used by regulators to ensure financial resilience – assuming that financial resilience confers a continuation of key business services.

In all cases, the focus is on building up sufficient financial reserves to help bolster individual banks and insurance companies in an economic downturn or to meet other eventualities. The ultimate thinking behind such a financial-based arrangement is to ensure that if each participant in the system is financially sound, then the industry as a whole will be protected from major business disruptions. These approaches have evolved over the years and have become progressively restrictive – requiring more and more financial reserves to be retained in order to meet the regulatory demands.

While nobody in authority will admit it, each stage of this approach has proven to be hopelessly inadequate to meet economic crises. The so-called Basel I agreement, which operated during the 1980s, 1990s and early 2000s, required banks to hold 4% of Tier 1 capital as precautionary reserves. This was woefully insufficient protection from the turmoil of the financial crisis of the late 2000s. Basel II then came into operation with a requirement for bulwarks of 10% capital reserves.

However, it is worth remembering that this concentration on capital buffers is based on the fundamental assumption that financial resilience implies a continuation of key business services. MMPI believes this assumption is flawed. If several Irish banks were the victims of co-ordinated cyber attacks their financial soundness may not be threatened – but they may be unable to provide key banking services for an extended period. In that scenario, the thrust of the capital buffer regime is misguided.

In our opinion, instead of focusing on financial resilience regulators should be more concerned with operational resilience, which represents the ability of institutions and the wider financial industry to continue to provide key business services. Just imagine if during the current pandemic there was also a blackout of banking and insurance services! No insurance protection and no contactless payments!

Some regulators are starting to notice their historical oversights and are beginning to examine the links between financial stability and the provision of vital services, (Hint, in times of stress there is none!) The Central Bank of Ireland has an unusual dual mandate; to look after the soundness of the financial industry and also to protect consumer rights in relation to financial services. It should do more to encourage operational resilience so that institutions have the ability to not only meet their financial dues; but also, to continue to provide key financial products and services without interruption.