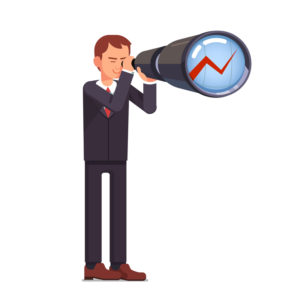 The art of forecasting is fraught with danger and must be understood in the context of cognitive limitations. Most consumers read forecasts as if they were cast-iron predictions. Some forecasters, who get lucky with past conjectures, get carried away in a fit of hubris and believe their forecasts are unchallengeable.

In reality, forecasts should be seen as no more than scenario painting. Economists, for example, often depict a central-theme forecast where they set-out their views on future outcomes. An absolutely integral part of their forecasts is their view of the likely potential scenarios that might evolve to interfere with the central prognosis. Unfortunately, many consumers do not read beyond the headlines and, therefore, misunderstand the forecast.

The modern world revolves around sound bites and people have a certain admiration for others who express their opinion in short, sharp sentences. But one of our cognitive failings is our inability to grasp that this forthright opinion is just as likely to be wrong as the one shrouded in scenarios. We understand that keeping an open mind is best but cognitively we get lazy.

Oxford University carried out a thought experiment where they created two distinct groups of people. One group was told they were farmers and the other group were bakers. Acting out their parts, the farmers wanted wheat prices to rise; while the bakers wanted prices to fall. Both groups were shown a random graph and were told that it tracked the performance of wheat prices. Both groups were then asked to make a forecast on the future price. The result was that the farmers predicted higher prices than the bakers. Cognitively, both groups predicted what they hoped would happen!

Your own reaction to the movements in stock markets may well be subject to this cognitive limitation. And it is quite likely that the same wishful thinking pervades most forecasts that consumers make. Keeping an open mind is not easy but it is the best policy. Many commentators wrongly forecast election results or political careers or upcoming winners. Some scientists stick to long-held beliefs and fail to appreciate new scientific evidence and theory that should lead to different assumptions. Investors doggedly stick to past investments that have long since failed to succeed. “The eyes see only what the mind is prepared to accept”.

Financial planning has much to do with your personal forecasts – your own view of what your future will be like. If you accept the analogies above you might benefit from thinking about alternative outcomes. You might get a new job and an increase in salary. You might suffer ill health. You might be very fortunate for several years and then suffer hardship. Forecasting is not easy but keeping a truly open mind is far better than being narrow-minded and overconfident.

Perhaps as you make fresh decisions post-lockdown you should bear all of this in mind. Blindly saying that you will go to the gym more regularly is a forecast that needs some serious scenario planning!