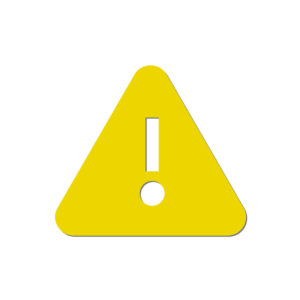 We are all rightly conscious that some of the words that we’ve used throughout our lives (and were taught to us at school) are no longer tolerated in civil conversation. Similarly, basic economics always maintained that the equilibrium of supply and demand was achieved through rational decision making by consumers. These standards now jar with modern thinking. Old timers need to tread carefully through their vocabulary lest they fall foul of social correctness. So too economists, who have now developed a behavioural side that plots how consumers actually behave; and not how they should react to decision-making.

Sometimes, the pace of change can be difficult to grasp and the resulting fallout can leave people polarised. Just witness how citizens are voting and how strongly they defend their stances. The same with religion, not only between believers and non-believers but also around the hue of one’s god. Behavioural economics is throwing up its own strong supporters as well as its sneering detractors.

Researchers at ESRI, the Irish research institute, have consistently shown that consumers are thick; although they are far too polite to use that, previously very acceptable, expression. Research shows that consumers can easily be led and that they can be swayed by clever advertising and wily propositioning. Regulators are persuaded by these arguments and apply ever stricter rules in an effort to protect consumers.

Human beings are subject to a whole host of biases and advertisers know this. Many lenders offer online calculators. When consumers click on the calculator, they have the option to select variables like the loan amount, the term of the loan, the repayment amount, etc. But it is never the case that the boxes are set to zero. They are all pre-populated – waiting on consumers to insert their preferences. Research confirms that consumers will not deviate significantly from the inputs that are already on screen; believing, it seems, that those are the preferences of most other consumers. Unscrupulous firms can exploit this flaw.

Similarly, advertisers know that presenting consumers with three choices termed, say, Basic, Standard and Enhanced results in most selecting the middle choice. But by cleverly tweaking the offering to Basic (1 add-on) €50; Standard (2 add-ons) €100; Enhanced (4 add-ons) €110 most consumers will select the enhanced product.

ESRI has also shown that consumers really find it hard to deal with finance. It seems the numbers and the jargon make it very complex. Just test yourself on some of the jargon. We’d guess that everybody has an understanding of what a deposit account is; but what does the expression “current” account mean? What’s a term account? Is there such a thing as a term-deposit account? Or a term-current account? What is “excess” in insurance? What is an underwriter and is that different to a re-insurer?

Regulators should make a greater effort to protect consumers from these alarming subtleties not by imposing more rules but by insisting that the current processes are made simpler. Much less paperwork would be a start?