Will You Ever Retire?

Home Will You Ever Retire? 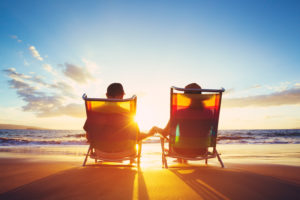 The evolution of heritable characteristics is very well understood by many, if not universally accepted by all. Interestingly, the emergence of doubters is a fundamental facet of the evolution of free will! Human societies have evolved in their own special ways from nomadic subsistence to domesticated farming to single-income households to multi-income households to self-funded pensions to state-sponsored retirement plans. It seems the one constant throughout history is the necessity to work when healthy in order to sustain oneself and one’s family.

The implication has always been that when we get older we become more unhealthy and, therefore, less able to work. This is why pensions have evolved – the discipline to plan for our non-working future during our productive working years. 65 arbitrarily evolved as the normal retirement age but this was always controversial. When pensions emerged they were mostly very short-lived – people died in their 60s. Now they are living into their 80s and the evolution of medicines and healthcare promises healthy bodies far beyond these age constraints. The next evolutionary steps are upon us!

Retirement planning is a headache for individuals but it is a proverbial nightmare for governments. Public pensions are paid out of current expenditure and there is no wall of money to support these payments. This means, simply, that when the funds run dry public pensions will go unpaid. “Governments can always borrow money to fund these costs” – we hear you cry! Evolution proves that reliance on “always” is a fallacy.

When a properly functioning government is faced with budgeting constraints it must approach its difficulties with a completely open mind. There is substantial media coverage concerning spiralling healthcare costs and the exorbitant price of new drugs that promise cures for all kinds of conditions. There is little mention of the exponentially escalating cost of existing pension benefits. If these costs could be trimmed healthcare costs would be less of a concern.

One radical solution that is being proposed is the scrapping of public pension entitlements and social welfare benefits in exchange for a universal payment to all citizens. It might be possible to implement such a system in a dictatorship but it will surely prove unachievable in a democracy. Nonetheless, this is the extent of the thinking that is underway in an attempt to deal with completely unaffordable pension payments.

There is little doubt that governments will tinker at the edges by continuously increasing the upper limit of the normal retirement age. In the not-too-distant future 65 will appear comical in hindsight. Defined-benefit pensions, which still predominate in the public service, will have their rules changed to ensure that the employer (ultimately the taxpayer) is not on the hook indefinitely.

Evolution is a wondrous concept. It moves imperceptibly. It is discernible only in the rear-view mirror. But over time stuff happens. Just imagine the technological changes that your grandmother has witnessed. Or the possibilities that your grandchildren will encounter in 30 years’ time! Be honest with yourself you’ll never retire!