What’s Next After Tariffs?

Home What’s Next After Tariffs? 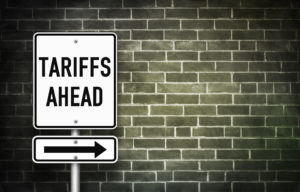 MMPI has argued before that trade tariffs are not effective tools primarily because they produce significant unintended consequences. But world leaders appear to know better. The tit-for-tat tussle has been witnessed before in previous generations. If history teaches us anything it is that these trade wars will likely escalate further, despite calmer soundings in recent times.

The ultimate destination for retaliatory trade tariffs is a unilateral restriction on capital flows. The US President has already hinted at restraining trading of Chinese firms on the US stock exchange. It hasn’t yet come to pass but it is obviously being considered. However, restricting capital flows is an altogether different proposition.

Imagine a household situation where you had a row with the local grocer and decided not to buy your goods there anymore – only to find some weeks later that your spouse had been ignoring the ban. You respond by blocking all payments out of the household (regardless of their destination) and you insist on written requests before you agree to release any monies. But you steadfastly refuse to support the grocer. You have implemented what is commonly known in international finance as exchange control regulations or restrictive capital controls.

Exports (sales) are fine because they produce income but imports (purchases) are blocked or restricted because they cost money. After some time the household is booming – funds are flowing in and little is going out. But as the months roll by matters deteriorate. Members of the household are not eating as well as they used to and nights are much colder due to lack of heat. Eventually the household becomes impoverished and you are forced to relent and make friends with the grocer.

It’s a well-proven fact that despite short-term wins, over time capital restrictions enforce hardship and suffering on citizens. But to impose capital control regulations in the modern world would prove very challenging. Prior to the 1980s many countries maintained exchange-controls – effectively restricting payments for imports and services. In Ireland, importers had to seek special permission from the Central Bank to purchase foreign currency to pay for goods. Quite often this permission was withheld until the Central Bank was satisfied that the intended purchase was legitimate and the Bank satisfied itself that Ireland had sufficient reserves to allow for the currency purchase. In addition, importers wishing to hedge an exchange rate in advance were also thwarted by the authorities. The restrictions even imposed hardship on the annual pilgrimage to Cheltenham. Foreign currency holdings in excess of £400 had to be declared to customs.

Imagine trying to impose such controls today; it would be next to impossible. Currencies move seamlessly across international borders via a host of channels. Any local restrictions would easily be overcome by hitting the internet. Yet this is the natural consequence of trade tariffs. As retaliation begets retaliation the ultimate step is a complete block on capital movements. It makes sense not to go there. But alas sense appears to be in short supply!