Home What is Knowledge? 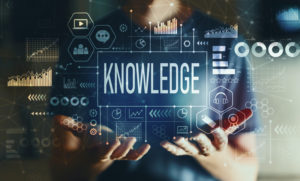 Knowledge is a strange concept. Dictionaries tell us it is the condition of knowing something with familiarity gained from experience – or similar sentience and understanding. We learn from our awareness throughout life and we don’t easily forget our childhood experiences that boiling water is hot and a lemon is sour.

The sciences impart facts as knowledge – facts that can be mathematically proven. Economics and finance are definitely not sciences and oftentimes history can portray facts in a rebarbative way. Knowledge is important to us in our daily lives but how much of it is purely factual? To know something is to be aware of it through observation, inquiry and information. Lately, psychologists have begun to explore the condition of “knowing” from a different perspective.

Behavioural studies have shown that some members of the group may “know” that I’m not Irish but this remains private knowledge. These members believe that the other members of the group believe that all members are Irish; and, therefore, members remain unfazed. Infuriatingly, this private versus common battle spills over into more fundamental arenas. Take climate change as an example. Many individuals’ private knowledge indicates that they believe in the proposition and that lifestyles need to change. However, common knowledge says otherwise because these very individuals believe that others believe that current lifestyles are fine. As a result, social behaviours will not alter. In fact, one study suggests that changes in social patterns can never change on foot of private knowledge – only as a result of common knowledge!

Changes in social behaviours are interesting in the financial world because human emotions are at the very heart of market movements. Recessions and booms are caused by pattern shifts in consumer behaviours. It’s interesting to extrapolate that a boom or bust will not occur once the notion remains as private knowledge. It will require the private knowledge to become common knowledge. And the only way for that to happen is for consumers to believe that everybody else believes that it will happen. Who would have thought that knowledge was such a transitory thinking process?