What did Say say?

Home What did Say say? 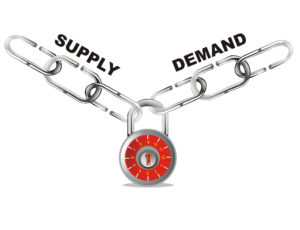 Jean-Baptiste Say stated that aggregate supply, in and of itself, creates the same quantity of aggregate demand. Therefore, a general surfeit of supply over demand cannot occur. (Try telling that to the stallholder with leftover Galway & Tyrone colours after the recent All-Irelands – Ed).

At its crudest, Say’s Law of Markets asserts that we can all earn more by producing something because there will always be demand for our product or service. We accept that’s taking the concept a little too far but Say argued that if certain goods remain unsold it is only because other goods are not produced. (For instance, the Tyrone colours of white and red could be morphed into regalia for Derry or even MK Dons!)

There are a number of instances where Say’s Law may not hold – the “losing team’s colours” example where there is reduced demand in bad times. Also, if the supply of money is reduced by Central Bankers this will reduce demand but not necessarily supply.

Say’s Law flies in the face of human behaviour. We tend to seek out products to satisfy our wants; paying for a product to satisfy our demand. Say puts supply first stating that supply (production) is the source of all demand – not money.

Say’s Law was influential back in the 1800s when it was first mooted because it deals with how a society creates wealth and the nature of economic activity; to have the means to purchase something, you first must have something to sell. This principle supports the view that governments should not interfere in the running of capital markets. To boost the economy, therefore, the focus should be on increasing production rather than demand; thus keeping the economy close to full employment.

Just as the laws of physics appear to behave differently at the quantum level and around black holes; so Say’s Law does not seem to apply during prolonged recessions where aggregate production plainly does not equal demand. If this is the case then it may be desirable to instigate expansionary policies or money printing to spark demand. MMPI wonders if global Central Bankers during the past decade have been reading up on the implications of what Say said!

The difficulty with all “laws” of economics is that they are not laws at all. The discipline that Say tried to explain is based on human interactions. For a whole host of illogical reasons people may well react differently to the same set of circumstances over time. And it is indeed quite likely that human reactions in the early 1800s are proportionately different to social reactions today.

Say actually said “it is production which opens a demand for products…thus the mere circumstance of the creation of one product immediately opens a vent for other products.” Interpretations of what Say really said have been filtered through several generations and cleansed by numerous generalisations. On this reading Central Bankers may well have been wrong to print so much money in recent years!