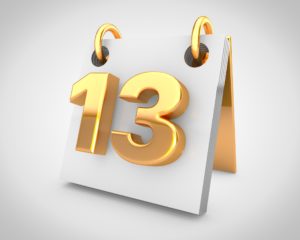 Welcome to Friday and the irrational fear of number 13. This long-standing superstition seems to affect all walks of life; which includes, intriguingly, the financial markets. Superstition is any belief or ritual behaviour that is considered rationally groundless but, nonetheless, asserts a certain mystery surrounding the apparent nonsense. Superstitions usually have their roots in a pre-scientific age and are framed by particular cultures and societies.

Human behaviour is a complex matter. Despite better education and cognitive advances, humans continue to possess an irrational dark side that peeps through occasionally. This can present itself as a strange habit (last in line), peculiar action (right leg first), odd ritual (coffee at eleven), silly fixation (walk under ladders), particular preference (GoggleboxTV). But could this extend to making financial decisions? Surely not! Retail sales are lower on Friday 13th. Online deliveries are fewer on Friday 13th. Stock market volumes are lower on Friday 13th. MMPI has never had an Escalator product strike or mature on Friday 13th. The reasons for these anomalies are not necessarily a firm belief in superstition but it is difficult to argue otherwise.

Unlucky 13 is not a global phenomenon but it does pervade the Western world. In Singapore, the price of apartments with the lucky number 8 is much higher than the unlucky number 4. In addition, prospective tenants are reluctant to live on the 4th floor. Estate agents have taken to advertising the number 4 as 8/2.

Of course, one could argue that this is all poppycock. Stock markets are nowadays run by computer models; and human behaviours matter little. However, it is curious that stock market volumes are lower on this superstitious day. Are humans manually intervening or have the programmers stitched in the appropriate code?

Many academic studies have shown that average stock-market returns vary for each day of the week, although the underlying reasons remain a mystery. Friday returns are typically higher relative to other days – even though volumes are lower. This could be explained by end-of-week balancing – squaring off positions ahead of the weekend. Researchers differ on whether or not Friday 13th produces lower average returns compared with other Fridays but the evidence suggests that the superstition is on the minds of many investors.

Irrational human behaviour is an accepted social norm. Otherwise, we’d all behave with Vulcan rationality just like Mr Spock in Star Trek. How weird that would be! In examining the superstition of Friday 13th it pays to have an open mind. It is utter scientific nonsense; but it does have a role to play in human society. It is a release valve from the drudgery of rational thinking. At the close of business today see how often you tolerated the superstition of Friday 13th. 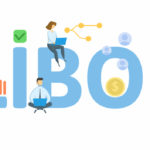