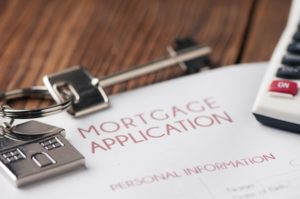 The Irish Financial Services Regulatory Authority (aka Central Bank of Ireland) ran an advertising campaign c2007 in an effort to promote itself and to educate consumers on financial jargon. The effort failed miserably on both counts. However, one aspect of the advertising did gain some notoriety – the lonesome voice of a bus passenger declaring “I don’t know what a tracker mortgage is?” generated similar confessions from other passengers and resulted in comical spin-off versions on YouTube.

Unfortunately, there is nothing humorous about the 2017 adaptation of the tracker mortgage storyline. It lacks empathy and compassion and, once again, displays some extraordinary aloofness and hubris on the part of top bankers.

There will be much guffaw written around the events. Here are the facts.

The term tracker mortgage is a fabrication dreamt up by a marketing minion and promoted by a less-than-competent banking executive. In an Irish context the tracker piece refers to the novelty of stalking the European Central Bank’s (ECB) main refinancing interest rate, which currently sits at 0.00%. The interest rates on “tracker mortgages” were constructed by using the ECB’s rate as the corner stone and adding the lending bank’s margin to the mortgage rate. So for example the ECB rate is 0.00% and the lending bank’s margin is, say, 1%; implying that most tracker mortgages are currently attracting an interest rate of 1%; whereas, the going market rate is closer of 4%.

The most striking aspect of the formation of a tracker mortgage is that it is completely artificial. It has no substance in reality. The ECB main refinancing rate is not a “real” interest rate – it is made up.

It is designed by the ECB as an emergency day-to-day funding mechanism for banks where they run short of liquidity. How ironic, therefore, and how utterly reprehensible that it is used by Irish banks as a foundation for a mortgage rate intended for consumers with a term of 20-30 years – while the ECB rate is solely for emergency use by banks with an intended term of one day. That’s right the money (if drawn down) has to be paid back the next day! The target markets for both rates are diametrically opposed and the intended length of each facility is poles apart – and should never have been befuddled in the first instance.

Tracker mortgages as they are currently constructed by Irish banks are loss-making to the banks and are a boon to those lucky consumers who currently possess this artificial construct. The gaping losses are the sole reason why bankers have used every ruse known to man to move consumers away from tracker rates and on to the prevailing market rates.

The disparity of trying to force this proverbial square peg through a round hole is evidence that bankers do not understand how to manage risk – or do they get bemused between short-term profits (lucrative bonuses) and longer-term shareholder value? The reputational fall out from this calamity is only just beginning!!