The Truth About Markets

Home The Truth About Markets 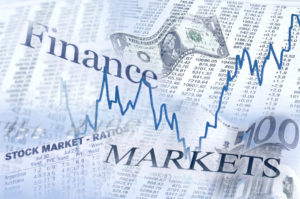 It is attested that all truth passes through three stages – first it is ridiculed; next it is widely opposed (often aggressively); and, then finally, it is accepted as being self-evident. In the final phase, those entrenched back at stage one are, in turn, ridiculed. And on and on it goes! Time is not important. Truth triumphs eventually.

Markets are a many splendour thing but exactly who or what are they? They often lure those who want to make speedy returns – but reward only those who are comfortable accumulating wealth slowly. Markets are meagre with the truth.

The reality is that markets are most definitely not just the buildings where financial transactions are traded – (futures; commodities and stock exchanges). Markets are also made up of those who set the rules (legislators); those who monitor activities (regulators); those who fix the price of money (central banks) and a whole host of other participants: pension funds (large investors); governments (large borrowers); speculators who tinker at the edges of capitalism; companies that trade across borders; consumers who are by far the most numerous (though not necessarily the most logical); fund managers including hedge funds; borrowers including crowd financiers and moneylenders. Aided by the digital age there are also financial intermediaries of which MMPI is one. The in-betweenies are the lubricants of the whole apparatus keeping the other participants competitive; transparent and honest. When MMPI talks about “the markets” it does so in the widest terms possible.

But the truth about markets is harder to capture. Some pundits look for trends to justify predictions of future movements. Some point to breaks in pattern as explanations of past activity. Some use complicated ratios to compare risk/reward pay-offs. But nobody knows for sure!

The original purpose of financial markets was to allocate capital and savings – by setting prices and accommodating liquidity and risk. While this remains fundamental, modern markets are a hive of peripheral activity. All of the action is interconnected and few, if any, activities remain impervious to others. Some argue that the bond markets reign supreme and that bond prices dictate everything else. Not true say the commodity and currency traders.

In the modern world, Central Bankers like to believe that it’s their setting of interest rates that determines future market developments. It’s worthwhile remembering that free markets do not move in straight lines. They mirror the ebbs and flows of sellers and buyers. To most logical observers it appears that markets are ultimately driven by fundamental conditioning – strong economy; robust legal systems; business supportive regulations; low interest rates; favourable monetary conditions; etc.

Arrogance is a key issue! A wise market participant is one who respects that the market knows more. It pays to be humble. Misinterpreting markets is a common problem – consumers tend to think they know what they’re doing. They can get confused with market jargon. They can get conned by unscrupulous offers. They become complacent and have unhealthy experiences. That’s the real truth about markets!!