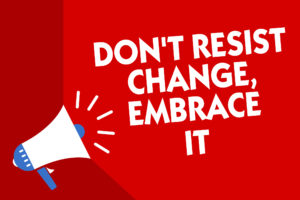 Less than 20 years ago, Finance Minister McCreevy, famously proposed that various government departments should decentralise from Dublin – moving over 12,000 out of the capital into 50 locations in every other county. It was a good idea to some. It was politicking at its worst to others. It suited some staffers who salivated at the prospect of returning home. It appalled others who had planted roots. The plans were eventually revoked in failure with less than 2,500 exiting the capital.

In the late 1950s Minister Andrews drastically truncated the national railways and tramways in a cost-cutting exercise. Road transport was to be the government’s plan for the future.

When the M50 was first mooted, it was to be a dual carriageway connecting the Belfast and Galway roads into Dublin. Very soon afterwards, the plan was to make it a two-lane motorway encircling the capital. No sooner was it built – a third lane was needed.

We use these examples not as criticisms but as cautionary cases against holding strong opinions. Decentralisation has effectively happened with over 60% of civil servants now working remotely in non-Dublin settings. Trams are back in Dublin and other railways have re-opened. Today, the M50 only needs two lanes on Friday afternoons when the denizens of South Dublin head for the Wexford coast.

OK! OK! these are extraordinary times; but our point is that holding strong opinions and rigidly adopting a particular stance is not always the best approach. Tolerance and open-mindedness are better virtues. Irish banks will always be a safe bet was a feature of many investment decisions over many decades but not anymore. Interest rates cannot go negative was a strong view of many until it happened. The Romans never conceived of the number zero and their empire failed to survive.

Even our scientists, purveyor of facts, get it wrong. First there were 94 elements in the periodic table. Well, at least, they were the ones they could see occurring naturally. Then finally in 2000 they declared 113 elements (until they synthesised 5 more since then). Economists don’t do factual stuff but even their theorising undergoes constant revision.

Our fear is that consumers will analyse the current systemic shock and form a strong opinion on how the economy will perform afterwards. We are concerned that human cognitive biases drive us all towards familiar pathways, where we find comfort in apparent confirmation of our beliefs. The financial markets have evolved so much in recent times that it is downright dangerous to examine how people managed after previous crises. The analysis may hold no relevance whatsoever.

Already people are beginning to recognise that face coverings are here to stay. (No doubt, fashionable translucent ones will emerge to suit all tastes!) What’s next? Local pubs opening on alternate nights for younger and older clients? Price differentiation by age? The previously unimaginable could happen. It seems wise to remain flexible and open to change. Strong and wrong is not advisable – bendy and trendy is better.