Some Aspects of Gold

Home Some Aspects of Gold

It’s quite some time since we wrote about gold but its validity is as compelling as ever. 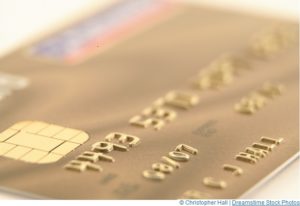 Less than two years ago the price of gold was “arranged” twice daily by a group of, shall we say, rather mature gentlemen sipping coffee in an old musty building in the City of London. This extremely archaic mechanism was regularly inculpated in accusations of opacity, inefficiencies, insider-trading and blatant manipulation.

In 2015, the system went electronic but, incredibly, the price of gold is still “arranged” twice daily allowing for continued finger-pointing at the lack of absolute transparency. Old habits die hard! Full confidence will follow only where radical, sweeping changes are implemented. Some recent developments give cause for hope.

Two large clearing houses are currently testing delivery and reconciliation systems that use the blockchain ledger technology that sits behind digital currencies like Bitcoin. Anything that provides true price transparency, better settlement platforms, reduced third-party risk and lower charges will make it easier for consumers to participate. However, given the intransigence of the old guard, change is slow.

It seems clear that a cleaner-looking operation will garner greater trust. Trust is one of those emotional states that’s so difficult to evidence when it’s earned but is much easier to explain when it’s lost. Greater trust should ensure more confidence that price fixing is not routine and that the holdings of physical gold bullion are more accurately authenticated. When all gold trading eventually migrates to electronic systems the actual amount of gold held in vaults worldwide will finally be known for sure. Somebody is currently telling lies!

The new broom has now encouraged greater participation in gold markets from an unusual source. Islamic finance is governed by Shari’ah law and prohibits many financial products and services that are commonplace elsewhere. Persuaded by the new transparency in the gold markets; Shari’ah law has clarified that physical gold bullion is an allowable asset for Islamic investors.

Marrying the gold bullion market and the blockchain technologies a new cryptocurrency has been created – One Gram – the world’s first Shari’ah-compliant, gold-backed digital currency.  One Gram’s aim is to replace Bitcoin, (which seems mysterious to consumers), by retaining limited supply and ease of exchange with a gold-backed product that is easier for consumers to understand. The expectation is that consumers are predisposed to trust gold rather than Bitcoin!

One Gram is Shari’ah-compliant because it is backed by physical gold and it constitutes a reliable measure of value. A significant difference between One Gram and other digital currencies is that it is not anonymous. Investors backing One Gram are obliged to purchase gold in ‘one gram’ lots and register their holdings on an official exchange. This is a significant improvement in transparency – not only over digital currencies – but also over the pieces of shabby, coloured paper issued by the ECB. The same ECB that has bloated its balance sheet to bubble-bursting point and hasn’t a hope of meeting its future financial commitments as they fall due!!