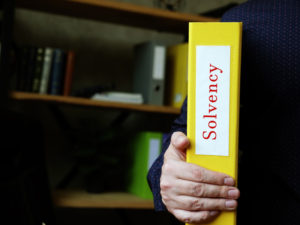 Unless you are involved in the computation of capital adequacy ratios in the insurance industry, Solvency II is not on your radar; it might appear as a meandering piece of EU blether on the requirements of insurance companies to keep their house in order so that consumers don’t suffer any hardship. Solvency II first saw the light of day in 2009 following the Financial Crisis of the late 2000s. It replaced Solvency I, an arcane relic from 1973. It has no right to reach the headlines and it was never designed with political goal scoring in mind but it is now front and centre in a Brexit diplomatic ding-dong.

The EU Directive itself runs to 155 pages but its “explanatory” technical standards span a further 1,000 pages. It was reluctantly approved in EU capitals because it had consumer protection at its core; but the restrictions it imposed on the insurance industry have always been contentious.

The UK government, free of EU shackles, has decided to re-write the rules in an effort to release some £100bn of funding that is currently tied up within the balance sheets of insurance companies. The EU had started to re-examine Solvency II, but its deliberations are always painfully slow and results were not expected for several years. But now that London is trying to steal a march, Brussels has hastily sharpened its pencil.

Britain’s new Brexit Opportunities Minister has been tasked with untangling EU red tape for the most effective political gain. This will lead to clashes with current EU law that will impact on cross-border trade and services. The idiosyncrasies and perceived lunacy of most EU restrictions will be highlighted as the reasons why Brexit was such a decisive decision for the British electorate.

While we should always be cautious about loosening the reins on insurance companies, thereby, ensuring that consumer protections are maintained; the current rules were established over 10 years ago and much has changed in the intervening years. Similar to the natural evolution of change in other walks of life, capital solvency restraints should also evolve.

We always knew that Brexit would have a raft of unintended consequences but few of us envisaged the sharp competitiveness that is emerging amongst regulators. Both the EU and Britain recognise that they are competing for the same piece of the pie. Politicians on both sides will be acutely aware of their constituents’ dislike of restrictive rules. Up to this, there has been no incentive for regulators to ease these rules. Now competition has arrived; Brexit Uber Alles!