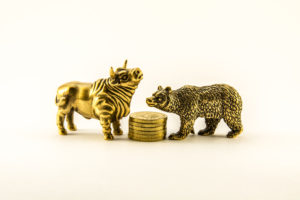 Last week’s piece on Theoretical Nonsense got people wondering whether it was a prelude to ‘WallStreetBets’ and activity on the Reddit chatroom. It was not! But MMPI has an opinion on short sellers and is happy to share it.

Short sellers do not refer to the actor Peter Sellers and his diminutive stature (he was 5’ 5’’). The name is given to those investors who have a counter-intuitive, contrarian view to most other investors.

Investing is commonly understood to be about optimism that asset prices will rise. When most people “invest” they confidently expect the asset to appreciate in value; and at some future date they hope to recover a greater sum by selling out at a profit. But are contrarian investors not allowed to have conviction in prices falling?

In an efficient market this notion of perverse optimism should be accommodated; confidence in making money when prices fall. It is this type of divergent behaviour between buyers and sellers that keeps markets transparent and price-fluid. Instinctively for most people, the sequence of buying first and selling later makes perfect sense. When the reverse gear is introduced mere mortals get confused.

Short selling is the behaviour of selling assets first and buying them back later. But how can somebody sell assets that they don’t have? Simple! They can borrow them. An investor with optimism that an asset price will fall can borrow the asset; – sell it – and then buy it back at a future date. This is exactly the same mechanism as a buy/sell behaviour but for some inexplicable reason the borrow/sell/buy sequence is not readily appreciated.

Why would anybody have such lopsided optimism? There are a whole host of reasons. The savvy short seller may believe that the asset is grossly overvalued and is due for a fall. There may be concerns that asset performance is being inflated by questionable book-keeping practices. The management team may not be trusted. There may be rumours of fraud and malfeasance. Or simply, the short seller may have a hunch that bad news is on the way.

Short sellers were all over the Enron share price prior to the company collapsing in 2001. They also brought about the demise of Wirecard in 2020. The share prices of both companies were exaggerated and did not reflect the deception and chicanery behind the scenes.

Short sellers have a bad name because they have a tendency to pick on weaklings that, if left alone, might recover. They play a role in shaking down duplicity and frailties, thereby, performing a useful task. However, there is one carnal flaw in this supposition, and it concerns the level of contemptible greed that can be displayed by short sellers.

Borrowing assets that they do not own implies scrounging around to find willing lenders. It should not mean borrowing more than is freely available. But there are ways and means to borrow well in excess of 100% and this is their Achilles heel. MMPI does not condone greed.