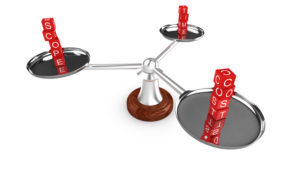 The term scope creep originated in project management. It defines how the range of tasks within a project can imperceptibly expand to cover a much larger body of work than that first envisaged. The term has creeped into other disciplines too!

In larger projects scope creep can occur for a number of reasons. There is often a lack of clarity and clear definition at the outset; followed by poor foresight and effective planning. The initial requirements and ultimate outcomes need to be rigorously agreed; otherwise, the tasks simply magnify as more bits and pieces are added along the way.

We can all relate to the following example in a household setting. The task is to paint the walls in the hallway. That seems fairly clear. But what about the ceiling – and the skirting boards? Does the hallway extend up the stairs? Should you also paint the doors leading off the hallway? If you paint one side of the doors, should you paint the other sides too? So, what at first seems like a straightforward task could develop into a major project if its scope is not decided with accurate precision. The work could go dangerously over budget!

Quite often project managers are happy to embrace scope creep because it means they can charge more for the extra work. Clients on the receiving end are understandably less pleased. Therefore, it’s easy to see how projects start off as high-level ideas that are well understood by both sides; and how the devil is in the practical detail.

Take the US Federal Reserve as another example. It was created to regulate the financial markets and market participants. It then created a sub-unit of itself called the Federal Open Market Committee to promote stable prices and economic growth by shifting US interest rates. It has today become the Central Bank for the world in all but name and its Chairman, Jerome Powell, is adept at speaking and upsetting nobody. In financial circles this is surely the greatest example of scope creep there has ever been.

Along the way, Chairman Powell and his team decided it would be good to buy huge chunks of US Government bonds and other financial assets. The numbers are in excess of $8 trillion. To say the least this was a very unconventional decision – and further evidence of scope creep at play. Supporters recognise the necessity of boosting the economy, while critics argue that the only thing that’s boosted is the stock market.

US legislators and many others are starting to question the precise role of the Federal Reserve. The ideals of stable prices and economic growth are vague enough to allow for wildly different representations. For instance, an economy cannot grow and thrive without buoyant employment. Does that mean that the Fed should have a role in reducing unemployment levels?

Where scope creep occurs, it is incredibly difficult to unpick the errant tasks. If you’ve painted the hallway doors, it’s not easy to try and un-paint them.