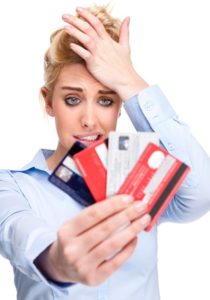 Regret is a very strange emotion. The dictionary advises that it is a feeling of sadness, remorse or repentance over an actual occurrence or one that has failed to materialise. Most people associate regrets with mistakes that result in disappointment, dissatisfaction or a sense of loss. To regret something can be both to wish it had never happened and to wish it had happened……differently. Bizarre!

In her later years the American actress Lucille Ball summed it up for many when she said, “I’d rather regret the things I’ve done than the things I haven’t done!” We oftentimes regret career choices and missed opportunities – but could that emotion be confused with jealousy and envy?

MMPI likes to believe that much regret is linked to risk-taking – the persistent struggle of displaying discipline in all aspects of life or living with regret. Risk-taking is simply another expression for decision-making; even though the job role of Decision Manager doesn’t have the same ring to it as Risk Manager. Let’s take some examples of common situations where decision making can potentially result in regret.

All decisions involve some risk and all risk-taking can result in some level of regret. Regret produces confusion and can lead to future irrational decision-making. When taking risky decisions we very seldom think about regret – it’s only an afterthought. When making financial decisions it is best to find ways of eliminating regret from the landscape because it has a powerful effect. For example, making a decision on an investment will lead to regret where the price falls and losses are incurred; but it will also cause regret when the price rises – consumers will feel they should have invested more!

The best way to overcome this paradox is to ensure that all financial decisions are well researched – and that the decision process is clearly understood. This means that the risks and rewards are known and expected. MMPI will argue that this can only be satisfactorily achieved in private consultation where all avenues are fully explored and the notion of loss-bearing parameters can be established. In such circumstances there can be no regrets.

The MMPI Escalator Series has produced products that perform exactly as expected within the risk/reward range. The products have averaged a score of 4 on a 1-7 risk scale. The meaning of a risk-score 4 is clearly explained and the investors’ ability to bear loss is adequately determined. No risk of regret!