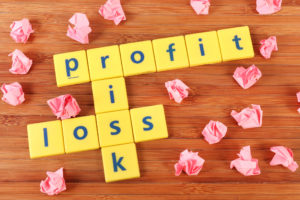 In the financial services’ world risk is described as the effect of uncertainty on business strategy. It ought to recognise that uncertain events don’t always produce negative outcomes; but this is seldom the perception. Far too often, risk is seen as a niggling annoyance that must be slain and ultimately exterminated. This is the wrong approach and MMPI believes that risk managers need to show more ingenuity in having their message understood by others.

Fundamentally, risk is a behavioural attitude. Some humans shun risk. They declare themselves to be non-risk takers (although that’s foolish). Others embrace risk – asserting confidence and bravado. You can almost visualise the group dynamic taking shape – those who cower for cover and those who boldly make decisive decisions. As the cliché goes, it takes all sorts! But in order to flourish as a discipline, risk management needs a new perspective.

Researchers suggest that risk can be represented as a series of hazards and opportunities. But behavioural attitudes determine that, what is seen as a profitable window by some, looks like a dangerous undertaking to others. Trying to establish how the uncertainty plays out is a great way to challenge the opposing attitudes. Legacy experiences are good markers once we allow that past performances are not necessarily indicative of future outcomes. Learning from other disciplines is also extremely useful. For example, in the pharmaceutical world they have coined the phrase “harm reduction” to describe their activities around risk controls. This seems sensible.

Unfortunately, the financial industry has never been keen to learn from others – preferring instead to strut and swagger with apparent contempt. The various analyses of financial scandals are edifying but their conclusions almost always mention inadequate risk-management structures. This is taken by company directors to mean that the risk managers were at fault for not establishing tighter controls. Such assumptions are not commonly-held views amongst the public at large. They see the causes of financial scandals as the behaviours of unscrupulous, deceitful, dishonest business managers. Perceptions matter, meaning politicians and regulators insist on stricter risk rules.

Ponder the following thought! What is worse bending the rules to seize a profit or sternly sticking to procedures and forgoing the opportunity? In a nutshell, this dilemma encapsulates the very essence of risk management. In the normal course of a business day, such decisions are made routinely. Under the microscope of an investigation the ones that go wrong get criticised. This does not represent a reasonable analysis.

The role of behavioural attitudes must gain more traction in order to secure a better understanding of financial risk. It must be recognised that the establishment of the risk appetite of a business is conducted under quiet, clinical conditions. The roll out of those risk appetites is often handled in pressurised and stressed circumstances. Marrying the two is not easy! If regulators continue to think that lax controls are to blame, they’re missing the point. They should pay more attention to behavioural responses rather than financial-risk limits