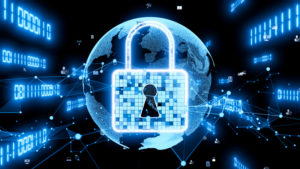 Data is worth its weight in gold, (we’ve given up on whether it’s singular or plural). It is the elixir of modern technology. It was always thus; but its pervasiveness and vastness now make it prized beyond measure. We used to call it information and we recognised it as personal details like names, addresses, dates of birth – or educational tit-bits like dates in history, mathematical formulae, verses of sonnets. But information technology has moved into a new realm that is several steps beyond mortal comprehension.

The hacking of the HSE’s computer systems gives us a glimpse at the scope of the data set. Yet it is a mere glimpse. It is a grain of sand only. It is much more than static information on patients. It is more than confidential medical notes on prognosis scenarios and treatments. It is the interconnectedness of the multitude of data streams that produces the mind-blowing conclusion that we have lost control of data. It is a position that is beyond recovery. We have moved into an era where knowledge is constantly available at our fingertips; but confusingly and annoyingly there is too much knowledge for the human brain to absorb. However, artificial android brains thrive in this environment.

Humans have achieved many amazing breakthroughs, but progress is not symmetrical in all disciplines. The wonders of landing on the moon and now Mars are stunning human accomplishments. While there is a human Director of Operations, these space missions are dominated by refined computer power. The number crunching and the precision simply could not be attained by humans.

The advances in medical science, which now promise extended life expectancies and cures for old-age ailments, are further examples of how data has been transformed far quicker and in much greater depth by clever computer programmes.

Many people continue to believe that computers are programmed by humans and are, therefore, controlled by humans. This is no longer the case. The evolution of machine-learning algorithms has taken computers to a dimension where humans struggle to keep pace. Machines now have the ability to “learn” on-the-job. This dramatically reduces the necessity to write fresh programmes to accommodate new or changed datasets. The computer writes its own programming and takes its own searches in directions not envisaged by humans. This opens up astonishing opportunities for research and will undoubtedly reveal unexpected inventions and innovations.

However, the difficult-to-control nature of machine learning is also a big worry. The solutions proposed by computers may be the most accurate results to the self-imposed questions; but they might also prove politically sensitive or downright unethical. Ordinarily, the measure of morality and/or what is politically acceptable is not uniform. Democratic mores differ significantly from those of a dictatorship; and one wonders whether criminals working in the dark web have any human empathy at all.

The lessons for us all are stark. Technology will deliver a great deal of good. It will also attract illegality. Dissemination of our precious data is the price we pay!