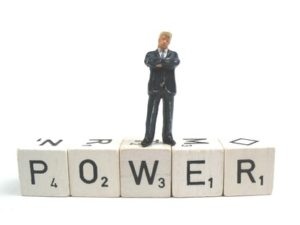 Last week’s piece on hubristic behaviour elicited some great responses along similar lines. “Whom the gods would destroy, they first make mad with power” and “Only when it is dark enough, can we see the stars”. What wonderful sentiments. Can they help us understand the power paradox?

The power paradox explains why individuals behave differently before and after they attain power. The admirable behaviour of seeking guidance from peers and feeling empathy for others are essential traits in attaining power. But once in office these traits mysteriously vanish. It seems the ability to follow sound advice from a number of sources is lost and is replaced by much more egocentric behaviour. The powerful become determined to wield more power. The latest scientific research suggests that power plays a role in blocking the emotional pathways; resulting in hubris behaviour.

But take a step back from academic research for a moment. There are plenty of examples of power leading to corruption. Corruption is itself a disruptor of emotional pathways – an arrogant abuse of power where personal gain is placed ahead of the general good. Power has a natural tendency to lead towards egocentric behaviour in all instances. It appears to require supreme moral strength for powerful leaders not to fall foul of this emotional trap. There must be a powerful gene at play saying, “If I can get away with it I will.” But the blocking of the emotional pathway suggests that the behaviour of the powerful extends to, “Even if I know I can’t possibly get away with it I will”.

There are many definitions of ethics – moral principles that govern a person’s attitude to daily activities – always doing the right thing right. But surely the most pertinent one is this gem – ethics paints out the most preferred emotional pathways. In other words ethics has a direct role to play in reining in the harmful egocentric behaviour of those in power.

The power paradox displays itself every day in every walk of life but perhaps it is most evident in politics and business. For reasons of potential libel we will be careful not to cite current examples – but there are plenty of illustrations from the past, which readers can project forward to today!

“Taxes are only for little people” and “Let them eat cake” seem to capture the essence of the power paradox. Both utterances are morally reprehensible and the speakers should have realised this at the time. But it seems not – it appears they were oblivious to the consequences and ignorant of their moral shortcomings. Such arrogance is unhealthy and is an example of the power paradox. There is a very thin line between confidence and arrogance. We would all do well to remember that.

As we said earlier, we’ll leave it to readers to determine which current leaders of industry have strayed beyond the pale. But MMPI likes the modern-day retorts; “I eat cake because it’s somebody’s birthday somewhere” and “Stay calm it’s only Mayo”. Supreme condescension!