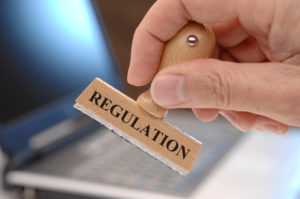 It’s yet another acronym but could it make the difference? Perhaps it is argumentative to say it; but the ultimate success of the European Union will be the open availability of long-term financial products across the bloc. At the moment there is free movement of goods and services and there is little restriction on the movement of people; but financial services are more problematic with a cumbersome arrangement of so-called passporting that theoretically allows financial advice to be given across borders. In practice, however, Irish consumers do not have access to, say, the German insurance market – or for those working in different EU countries, transferring pension entitlements is currently a nightmare. Could this be about to change?

The European Pension Authority (EIOPA) is seeking to make it easier to transport personal pensions by introducing a standardised product that offers employees a means of saving for retirement no matter where their work takes them in the EU. The new scheme is called a PEPP (Pan-European Pension Product) and it could be introduced as early as March 2022. So far, a dozen pension managers across the EU have indicated that they will launch products in this space.

The appropriate EU Regulation is already in place creating a legal framework for the new product and EIOPA has issued industry guidance on the core product features. Standardisation is a key determinant to effective transportability. This will require that the product features are the same and are not open to subtle variations in language. The products will have to be provided by properly regulated firms and advice to consumers will be governed by existing regulatory protections.

The tax treatment in different jurisdictions can vary but EIOPA is urging all member states to apply their most favourable tax rates to PEPPs. This won’t cause a problem if the employee moves location but leaves the PEPP with the same provider. But the PEPP rules also allow employees to switch providers across borders within the EU. Tax is a thorny issue for member states throughout the EU and the various treaties recognise the rights of individual countries to determine their own tax rules.

There is also an important piece in the PEPP guidance on costs and charges, which might pose competitive challenges for some providers unless they can secure large volumes of business. No matter what way you cut the cake market forces and consumer demand will determine the success of the new product.

An interesting sidebar for the Pensions Authority in Ireland is the similarity of PEPPs with existing PRSAs (Personal Retirement Savings Accounts). The features are broadly similar but one obvious difference is that PRSAs are not transportable across EU borders.

MMPI welcomes the new initiative, which offers more choice to consumers. It is likely that employment mobility including remote working in foreign lands will mean that the flexibility offered by PEPPs will prove attractive to employees. PRSAs, although a great idea, took a long time to establish themselves. PEPPs deserve a more immediate success.