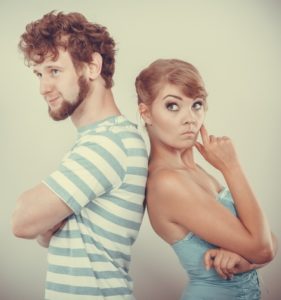 The Civil Partnership & Certain Rights and Obligations of Cohabitants Act, 2010 passed into law to much fanfare. It created the legal status of civil partnership for same-sex couples meaning that they had the same entitlements as married couples. However, the Act applies only to same-sex couples who have registered their relationship. The Act does not address the entitlements of co-habitants of the opposite sex and it does not even begin to consider the wider LGBT community!

Co-habitants of the opposite sex are considered to be strangers by the Revenue Commissioners implying that their tax affairs are treated separately. Where both parties are earning and in a position to pay their taxes as they fall due everything is fine. But, of course, stuff happens. Let’s take a look at how cohabitants Lisa and Larry might be treated when stuff happens to them. Both have reasonable salaries and they are easily able to afford joint life cover of €500,000. A few months later poor Larry has lost his job while Lisa has got a promotion to a senior position in a tech company and now she looks after the cost of the insurance premium. Unfortunately, several years later Lisa is admitted to hospital suffering from a rare disorder. How are they treated if Lisa dies?

On the death of a partner in a marriage or civil partnership the survivor receives the full inheritance free of any inheritance tax – but Larry will have a big problem. Given that Lisa has paid almost all of the insurance costs Larry will be deemed to have inherited almost €500,000 from a complete stranger – meaning that Larry could claim only €16,250 as an exemption and would be faced with a tax liability of €483,750 @ 33% = €160,000. If Larry could show that he had contributed to more of the premiums then his inheritance would be deemed to be reduced pro rata. But he would still face a hefty tax bill.

Opposite-sex cohabitants are confronted with the dilemma of either registering their relationship in marriage or being treated as strangers by their inspector of taxes. There is no mid-stream arrangement. There are a number of ways to overcome the anomaly but they are not commonly known. For example, Lisa could “gift” up to €3,000 per annum to Larry free of any tax liability under the small gift exemption. There is also the possibility of availing of the Dwelling House exemption but there are a number of conditions that must be satisfied. The property attracting the exemption must be Lisa and Larry’s home and they must not have an interest in any other property.

The insurance industry has recognised the anomaly and has created protection products to accommodate the potential tax liability on death. Lisa and Larry could have purchased a separate, so-called Section 72 insurance policy, to specifically cover any potential inheritance tax liability. To be (married) or not to be (married) that is the question!