The MMPI Escalator Plans Series 36 and 37 were launched in the Spring of 2017. They have a very interesting story to tell. Naturally everybody is looking for better returns than are offered on bank deposits but not everybody is prepared to place their capital at risk. There is no doubt that the MMPI Escalator Series does put investor capital at some risk but it does so in a controlled manner. 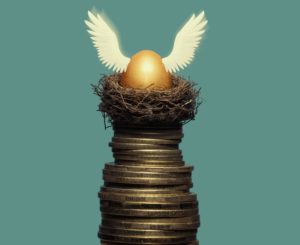 In Series 36 & 37 the investor capital was secured in all circumstances where the price of the EuroStoxx 50 index did not fall by 40%. At its lowest point in the past 12 months the index was down at 3,278.71; and its highest level was 3,688.80 – a swing of 6.25%. So in the period in question the investor capital was completely unthreatened. In fact the range for the index was mostly between 3,350 and 3,500 – quite steady in other words.

Elsewhere, professional investors who might have been tempted to gamble on the European markets rising would have been largely disappointed by such a narrow range of prices. And, indeed, when the index fell to its lowest point they might have been tempted to sell. Whereas, investors in Series 36 & 37 were not bothered by any of these concerns. The products were structured in such a way that investors would only have needed to become worried if the index had dropped below 2,100; (and it hasn’t been down there since 2009).

These types of returns are very attractive in the current interest-rate environment with deposit rates close to zero. Unfortunately, the lack of economic growth is making it more difficult to construct these products. All of the pricing is becoming compressed. Retail deposit rates have reached a cul-de-sac. They can’t go any lower unless banks start charging negative interest rates.

The current investment product from MMPI is the Escalator Plan Series 49. As always we recommend that potential investors should read the product brochure where a full list of WARNINGS is provided. Specific professional advice, offered by MMPI in private consultation, should always be sought in relation to individual circumstances.

Should you require further details about any aspect of the MMPI Escalator suite of investment products please call the office on (01) 66 88 322 or e-mail invest@mmpi.ie.