Some market forecasters hold themselves out as being able to predict market movements. Under closer examination this is a fallacy – although it is true that some people can get lucky sometimes! But are there general market traits that can be used to analyse price movements and offer some guidance on likely future direction? Such a synopsis of market behaviours is possible and can be very insightful. Nevertheless, it must be clearly remembered that nobody can foretell the future with a great deal of clarity. 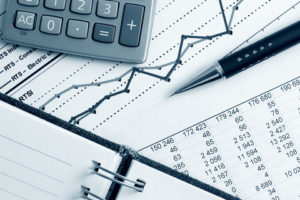 MMPI has written about the tendency of prices to return to their mean average over time. This implies that price volatility is to be expected and not feared. Mean reversion does not suggest that prices will always move towards the average but rather that as prices become extended, say a long upward rally, a correction towards the mean is to be anticipated. The theory behind mean reversion predicts that price corrections are a natural consequence of trading in financial markets. Excesses in one direction will lead to similar excesses in the other direction. This extended pendulum swing is a common feature of all financial markets as prices go too far in one direction and then over-compensate the other way.

Another gem that history has taught us is that it is never the case that market moves can be explained away by the notion that “this time it’s different”. This sentiment usually accompanies an exuberant upswing in prices and is used to justify further rises. History doesn’t lie. All that happens is that the move higher ploughs ahead but eventually succumbs. In hindsight, it becomes clear that prices had been over-stretched and, subsequently, retreated towards the mean.

Oftentimes consumers fumble in these situations and end up buying at the top of the market and then, in total panic, selling at the bottom of the market. Emotions run riot and investors become consumed by fear and/or inertia. On reflection, it is almost always best to be disciplined in buying and selling at pre-determined levels and avoiding the emotional rollercoaster.

Further examinations of markets reveal that they are more resilient when prices are rising across broad industries and geographies; and are not narrowly focused. Intuitively, all eggs in one basket is not a recipe for success – and paradoxically when all expert forecasters agree on the same direction it is often wise to be a contrarian!

Another synopsis of markets shows that many have spent 75% of the time declining in value (or recovering from earlier losses) and only about 25% of the time standing still or reaching new highs. Falling markets have three identifiable traits; sharp short downturns, mean-reversion declines and long drawn-out falls. There is no way of knowing which is which until markets recover and allow for a retrospective examination.

Undoubtedly, rising markets offer more enjoyment than falling markets but both have a part to play in market equilibrium. Unfortunately, human emotions like anxiety and greed have an awkward habit of unsettling the market mix!