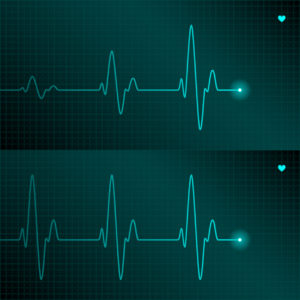 We’ve all been bewildered by the global pandemic and it will take time for the precise fallout to emerge. As with all challenges, some people are taking it in their stride while others are suffering interminably. Many are complexed by the statistics that publish everyday around deaths and new cases. But, in truth, much of this is bloviated. The real numbers to look out for are deaths per capita, which are much more meaningful; and excess deaths, which capture the figures that are not formally reported under covid-19 statistics.

The same is true in the financial markets, which are, after all, merely a reflection of human behaviours and consumer confidence. There is a real belief that human resolve will shine through and that once the curfew is lifted ebullient spending will result. Such confidence is reflected in the share prices in most major world markets; many of which are back to where they were at the start of 2020.

For some this enthusiasm is justified – but for others it lacks credibility. One factor that is often overlooked is the apparently unfettered tenacity of the leading Central Banks, particularly the US kingpin, the Federal Reserve. The Fed has vowed to provide liquidity to the system in amounts that the human brain simply cannot fathom. The governors recognised early on that this was not a financial crisis. The world economies were doing quite nicely up to the lockdowns. This is a crunch caused by a pandemic, meaning that businesses are fine if they could only open. What they are now missing is the cashflow that they would have had over the past few months (and for the next few months/years?).

This is precisely what the world Central Banks have promised. They have undertaken to provide whatever quantum of cash injections are required to keep the economy rolling along. This will mean unprecedented levels of support for all industries; and, unwittingly, support for companies that probably were going bust anyway. The Fed will not differentiate. It will provide liquidity wherever and whenever it is needed. This is an extraordinary commitment that cannot be ignored – although doubters do question the wisdom of its scope. Some argue that it is a very insightful policy decision given the scale of the problem and the ridiculously cheap cost of money. Others are fearful of the future burden it places on society.

It is foolish to try and second-guess how markets will react to any given situation. On the face of it, the global pandemic will have a devastating effect on the world economy. A hard-hitting global recession is on the cards. Well, at least, that’s what economic ideology predicts. MMPI cannot in its conscience ignore history. A collapse in consumer spending, of the nature we’ve witnessed in recent months, is bound to have a drastic effect on local economies with many business closures. However, if the Central Banks succeed, then the textbooks will have to be rewritten. Not for the first time; human ingenuity prevails!