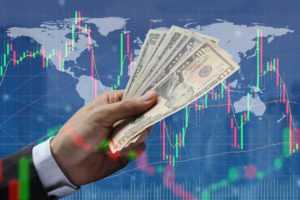 There is a theory of market expectations, which advocates that long-term interest rates available in the marketplace contain a predictive element about the future of short-term rates. The theory maintains that investors should earn the same return by investing in a two-year bond today; or by investing in a one-year bond today and rolling it forward for a further year.

The market expectations theory melds into the theory of efficient markets, which asserts that all market pricing already “knows” all of the commercial data that are known. The theory is that market efficiency causes existing market prices to reflect all relevant information at all times. Many commentators dismiss these and similar theories on the basis that human nature drives some market participants to withhold certain data for personal benefit and not for the well-being of others. Less cynical observers point out that the theories cannot work in practice because many of us know so little about computer algorithms – now significant players in market pricing.

Free markets do not move in straight lines. They mirror the ebbs and flows of purchases and sales. Over the past decade since the last low of the stock markets in March 2009, the price charts display zig-zag lines – moving forward and then falling back. Perfectly normal behaviour! Sometimes the zig-zag volatility is a little too extreme for some observers. And sometimes there is a significant market correction of 20% or more that wipes out the exuberance of previous pricing bringing the numbers back to more realistic levels – the so-called mean average.

To most logical observers it appears that markets are ultimately driven by fundamental conditioning – strong economy; robust legal systems; business supportive regulations; low interest rates; favourable monetary conditions; etc. In the short run these observations, although eminently sensible, are flawed. Short-term, whip-saw volatility is not reflective of fundamentals. It is more closely related to human mood swings and human-designed computers.

MMPI has no wish to appear flippant when markets exhibit wild volatility but we are reminded of human irrationality and herd instinct. Extreme market movements are a function of a small amount of bad/good news and an awful lot of computer-based stop-loss trading. It’s the split-second efficiency of the computer modelling that creates the extreme volatility! And lest we forget, the software is written by fallible humans.

US markets, which drive momentum elsewhere, are on their longest upward streak ever and are, therefore, due a correction of some degree or other. Naturally, there are diverse views on this topic. The bulls expect the trend to continue – the bears are much gloomier! Market pricing in interest rates and bonds suggest that the zig-zag lines will persist and may become ever more acute.