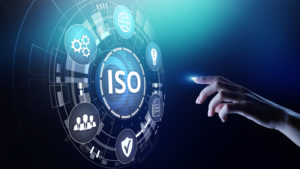 Standards make the world go round in all sorts of ways. They appear as procedures and practices; and, in some cases, as minimum sets of rules. A standard is generally an agreed and documented way of performing a task that is consistently repetitive. Many standards contain technical specifications that effectively form a rulebook. What’s the difference between USA and USB? One has standards.

The International Organisation for Standardisation (ISO) is a non-governmental body that sets standards for many industries with the primary aims of ensuring safety, efficiency, reliability; and, thereby, generating consumer confidence. ISO 20022 is the new technical standard for all international financial payments. For money to flow through the global financial system seamlessly, ISO sets the standards. They have become so omnipotent that we only notice them when something goes wrong.

ISO 20022 will cover the entire financial industry, enabling everything from foreign exchange trading to credit-card payments to mobile-device settlements. It will initially support 90% of global volumes and 93% of value of transactions worldwide. For consumers who expect an instant and frictionless end-to-end payments experience, the standards within ISO 20022 will ensure this remains possible and with even wider acceptance and availability.

Behind the scenes (and out of sight of the consumer) ISO 20022 demands that all languages, all computer codes and all of the various syntaxes and protocols currently used by financial firms will be moulded into a recognisable standard message for all. This uniform data model will handle not only existing service providers and the current volumes; but, also, all new forms of payment services and future exponential growth.

At one level this is fantastic news. ISO 20022 will be rolled out worldwide in the next few years and apart from the odd mailshot and, perhaps a newspaper headline, consumers will remain oblivious. Yet, at another level, it is a further step along the dodgy digital highway where data on individual users is collected and stored somewhere, apparently safely. While the ultimate aim of ISO 20022 is to satisfy demand for methods of payment; it also offers a crime-buster solution in tracking money-laundering and other fraud.

At the moment, all trading on European stock-markets is identified back to its source by reference to a unique Legal Entity Identifier. This data will form part of ISO 20022 and will trace all financial payments from source to destination and all points in between. The standardisation will allow unambiguous identification of rogue transactions; and, in addition, because the coding syntax is identical across all borders it can be read by machine-learning computers. This will provide search results far quicker and much more accurately that human inspections.

With goods and services moving more rapidly and across greater distances than ever before, monetary value needs to travel further, faster and more accurately. ISO 20022 will achieve its aims. It will also yield up rich data pickings. Police forces will be keen observers – so too tax authorities. But those paying most attention will be fraudsters and petty criminals.