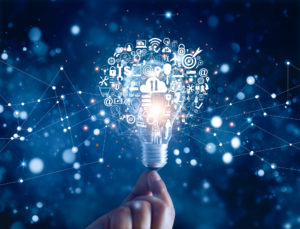 For as long as we can remember there have been impediments to innovation that have proved stubborn to resolve – but once they were overcome progress flourished. The seemingly intractable issue of battery power has persisted for a couple of generations. The lead-acid battery used in motor transport and elsewhere was a brilliant break-through and industry took full advantage of the increased options it provided. But it is heavy, cumbersome and dirty and not at all suitable for portable devices like watches, laptops and mobile phones. Enter the lithium-ion battery, which solved that problem. However, it too has its limitations and, so, the search has been on for an even smaller and lighter battery.

Students of marketing will recall the example used in text books to describe Black & Decker’s expansion plans. The company made its name making drills and carpentry tools. It’s managers, incorrectly, focused on designing better and more efficient drills in an effort to keep ahead of competitors. The evolution was from hand-operated drills, through electric drills to battery-powered drills. Each progressive step providing a better user experience. All seemed fine until the marketing department asked the question, “What does the company do?” The correct answer was not that it made drills but that it made holes! That simple twist of thinking revolutionised its approach to its business plans and resulted in a focus on how to make better holes.

Now back to the battery conundrum. The real question is surely not about batteries but it is how to power new devices! In other words the search for better batteries is slowing down the development of new technologies that will never use batteries. Take drones as an example. The evolution of drones is now hindered by the weight of the batteries needed to sustain longer flight distances. Also modern batteries store more energy than is necessary to complete a task. How, then, do we replace the existing thought process around batteries and develop a solution that only generates energy as it’s needed? The answer is fuel cells, which use a mixture of abundant hydrogen and oxygen to produce the energy required. This technology is not new. It simply needs to be tweaked to provide the appropriate solutions.

Researchers are now using artificial intelligence to examine the technologies employed in a variety of industries to see if they can spot useful connections that will drive innovation. Alas, banking does not seem t be one of the industries, which is unfortunate. Banking could well do with asking itself some clever questions and discovering some home truths. The current evolution seems to be along the lines of driving customers online for a more efficient experience. But that sounds like “How do we make better drills?”

The real question that the industry should be asking itself is “Why are banks regulated?” The resulting painful answers must surely determine the future. Is it time to break up banks into their constituent parts and let other industries assume what was once “banking”?