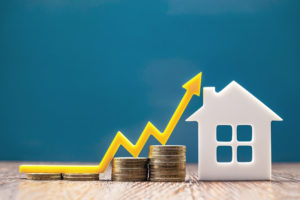 Mature reflection points to inflation being the most repetitive topic in MMPI’s weekly blogs over the years. Inflation has also generated significant feedback with many readers admonishing MMPI for its less than positive harbingers.

In Aug 2020 we wrote, “Everybody under 35/40 years of age probably giggles (or worse) when old fogies ramble on about inflation. There has been talk of inflation spiking on several occasions in the past decade; but it never happened. So why should the current talk of higher inflation concern us? It probably won’t happen this time either! MMPI begs to differ.”

Consider the following scenario. The pandemic has created extreme hardship for many industries with international supply chains being particularly vulnerable. The flood of Government money will find its way more and more into the pockets of consumers, who will happily spend it. Increased consumer demand chasing lower levels of factory production and hey presto we have the perfect conditions for inflation.

If you still have doubts, just look at the rise in assets that are typically good hedges against spiking inflation. Physical assets like precious metals; industrial commodities, shares in consumer-staple companies, land, etc. are all doing well. In inflationary times holding on to cash will not be profitable. In addition to receiving a nil or negative nominal interest rate, your return in real terms will be ravaged by higher inflation.

Rising prices is a novel phenomenon for many people and how consumers react cannot be predicted with certainty. For example, in deflationary Japan, consumers have persistently delayed purchases in the knowledge that prices will be lower in the future. This has exacerbated the deflationary trap. In an inflationary environment, consumers should accelerate purchases in the expectation of higher future prices.

As we predicted, higher prices are now a given; but for how long? Will the inflationary spiel come to dominate the economic agenda? Almost scarily, there is a clear divergence of opinion. Some believe that hyper levels of inflation are on the way and will persist for many years. Central Bankers suggest higher inflation is transitory only. Which side of the argument are you on? Getting it right will impact your finances! MMPI sees inflation spiking much higher – please be very careful.