How Safe Are Banks?

Home How Safe Are Banks?

The strength and stability of the banking system are vitally important for the health and well-being of the wider economy. If we ever had any doubts about that statement just remember back to less than 10 years ago when the vulnerability of banks was exposed and how it impacted on the whole economy.

Banks are supposed to be solid and robust. Indeed, any term that expresses reliability and steadfastness app 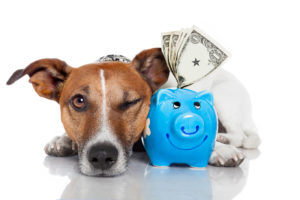 lies, or should apply, to banks. Remarkably, such dependability is easily achieved. If banks were to follow the traditional rules and parameters they would not fail and they would not cause the wider economy to falter.

These traditional imperatives were always to gather in deposits and keep them safe; and to lend out a certain small portion of the deposit base prudently and judiciously. Simple really! But competitive pressures and the demands of shareholders (not to mention the blatant hubris of certain bosses) joined forces to divert banks from the path of proven prosperity.

Regulators have a role to play in keeping banks safe and protecting depositors. In olden times the regulators laid down simple measures that ensured solidity. Banks were compelled to set aside certain reserves to act as a buffer in case their normal risk protections were breached. The so-called Basle I accord insisted that banks keep back at least 8% of their primary capital in special reserves – a minimum of 4% in Tier One capital (permanent shareholders’ funds and published interim profits) and the balance in Tier Two capital (revaluations and minority interests). This put an effective brake on risk-taking – until banks got clever and greedy.

The clever bit came with the deployment of derivative instruments that were mysteriously “off balance sheet” and, therefore, didn’t offend the capital rules. The greed arose from cultures that wanted more. Nevertheless, the rules seemed to work fine for many years up until the early 1990s when it was recognised that banks had become more sophisticated and needed further shackles. As with all things regulatory, Basle II took ages to implement and negotiations were tortuous; but it finally came into effect in 2007, just ahead of the Great Recession!

The primary aim of Basel II was to provide the banks with incentives to enhance their own internal risk management frameworks; and to recognise that prudent risk-taking was best. Basel II tried to achieve this in three steps. First, it allowed the banks to calculate the absolute minimum levels of capital that they should retain. Secondly, it instructed regulators to check the banks’ calculations and to insist on additional capital if deemed appropriate. Thirdly, it obliged banks to publically disclose their calculations but it also allowed an exemption not to publish if the data were deemed confidential.

Belatedly recognising the shortcomings, Basle III was hastily agreed upon in 2011 and was scheduled to be introduced in 2013. However, its implementation was extended to 2018 and now to 31 Mar 2019. We repeat our demand “How Safe Are Banks?”