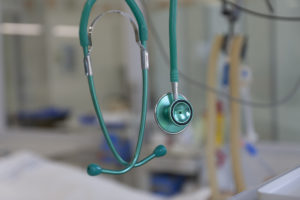 In these harrowing times, deals and pacts continue to be struck. Despite several warnings over the past decade, (SARS, MERS, Ebola, etc.) it seems that we were ill-prepared for CoV-2. Somebody, somewhere prioritised global warming and clean water ahead of a global pandemic. Who are we to say that they were wrong to do so! Retrospection always plays havoc with reality.

Once the epidemic was confirmed the trade-offs began. Human life versus the economy. We can evaluate economic losses in monetary terms. What’s the value of human life? Deliberations were tossed about on the merits of letting the virus spread by keeping businesses running. Would that result in more or less deaths? More or less upheaval for hospitals? Greater concerns? Less worry? Who knows? Such mass-scale thought experiments are not tolerated when life is at stake and/or where political considerations stray into re-election mode.

We learn that doctors had to prioritise patients’ welfare. Faced with 10 gravely ill cases and 5 ventilators, how would you decide? Sometimes we just don’t want to know the details. After all, doctors regularly face these life and death decisions. Their patient needs surgery, but the trade-off between the surgical outcome and effective medication must be carefully considered. Hindsight trading is not an option.

These trade-offs are difficult to contemplate. Media reports suggest that Sweden, alone in Europe, adopted a different style of trade-off. There was no lockdown. People were cautioned about social distancing; but cafes, restaurants, shops and schools remained open. The Finance Minister suggested that a lockdown would be disastrous for the economy!

But we are not finished with the grim trade-offs. Some countries in Europe are now easing the restrictions in the hope of getting life back to normal. How quickly should they do so? It is almost certain that without antivirals and a vaccine the virus will continue to spread, albeit at a slower pace. Which is more important, getting people back to work or killing off a few more innocents? These are the dilemmas facing our collective communities.

But we’re going to have our own personal trade-offs to consider. How quickly will we want to return to a daily commute that involves, say, crowded public transport, or how readily will we allow our children return to school? Modern businesses have adopted workstation pods that get used by a rotation of different people. Will that now mean that units will need to be sanitised after each use or will we readily return to carefree sharing?

A trade-off is the ultimate balanced outcome that we find between two or more options. It’s the classic compromise position, recognising that we cannot always achieve everything we want. Alas, we will now face some really tough choices. This pandemic will seriously alter our way of life. We will survive. We will achieve a degree of normality again, but we have to accept that we must all co-operate (and even negotiate) with our fellow human beings. A very grim trade-off indeed for some!