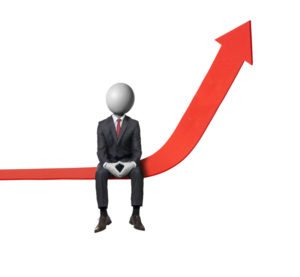 We’re taking extreme liberties with the noun, flation. Most established dictionaries won’t tolerate it – nor its sister, the verb to flate. Although, it is such a useful root we felt we had to accommodate it somehow.

Suffixes like ‘in’ or ‘de’ or ‘stag’, when added to ‘flation’ take us into a familiar monetary realm. Deflation represents a real fall in consumer prices. Stagflation relates to persistently high prices and low demand.

Unhelpfully, inflation is classically defined as the condition of being inflated. Consumers know it better as a general increase in prices and a fall in the purchasing power of money. MMPI prefers this definition; Inflation is when you pay €15 for a €10 haircut that cost €5 when you had hair!

Flatus is an intestinal gas and ‘to flate’ means to experience flatus. If you don’t mind, we’ll stick with ‘flation’. Inflation has traditionally run in cycles – sometimes high; other times low. In the past 30 years, that cycle has not materialised. Inflation has stayed low. Interest rates have turned negative. Why?

Many cynics believe that the figures for inflation are deliberately manipulated to dilute wage claims and social welfare pay-outs. Those less cynical still see worrying aberrations in the numbers that are not reflected in the price increases witnessed on the ground.

There are two primary types of inflation. Cost-push inflation where there is an unexpected dislocation in the supply of goods; thereby, pushing up prices. Demand-pull inflation where there is a surge in demand for goods (usually accompanied by buoyant employment levels). Neither can be anticipated with any certainty, although, economists do have signals that help them predict likely inflation levels. For example, natural disasters might restrict the supply of an important commodity or affluent economic conditions might influence consumers to spend more. Both are good indicators of potentially higher inflation.

Central Bankers usually respond to higher-than-needed inflation by raising interest rates to dampen down demand. While a little inflation is a very positive driver of economic activity, rampant inflation can be devastating. The sweet spot has long been seen as an annual inflation rate of 2% – and many governments have this target stitched into their strategic objectives. But that tradition arose when interest rates were much higher. A troublingly low interest-rate environment is a fresh challenge to definitions of inflation.

The latest forecasts from global Central Banks suggest that they are fairly unruffled by the current economic environment. Despite the very high levels of financial stimulus being artificially added to the equation, they do not envisage a resurgence in inflation. This is encouraging. These people seem to know what they are talking about – but they cannot predict the future!

Tánaiste Varadkar and others have weighed into the conversation by suggesting that enormous borrowings at current interest rates are just about tolerable but will prove unsustainable when interest rates rise. At one level this is sensible rhetoric, but it conflicts with Central Bankers. It might be better to follow the money. Bond yields are rising!