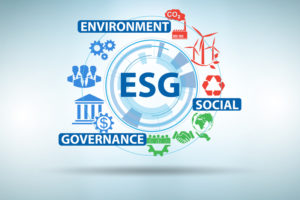 Ultimately, the earliest catalysts for responsible investing were the appalling results of capitalist greed that lined the pockets of top executives and institutions at the expense of ordinary shareholders and consumers. There were calls for investors to speak out at shareholder meetings and hold the executives to account for their actions. This process was painfully slow in the early days, but it has now gathered serious momentum.

In addition, legislators and regulators began to question the dominance of alpha males on company Boards and the need for diversity and a greater assortment of Board-of-Director disciplines.

At the same time, people started to worry about climate change and the need to make radical changes – recognising that efforts at the individual level made some difference but that the actions of big industrial polluters mattered to a far greater extent.

In addition, there was a growing desire (not new, think  Cadbury, Guinness, etc.) for companies to be more responsible for their workers, their customers and their surrounding communities. This social aspect of the equation has been the subject of heated debate for decades, if not centuries. What exactly are the responsibilities of companies? The academics call it shareholder primacy – implying that the sole responsibility of companies is to produce sufficient profits to satisfy their shareholders. All other responsibilities are peripheral.

Each distinct element of ESG remains highly contentious. The counter arguments centre on principles that it is the role of government to deal with social issues not companies. Corporate greed in a minority of businesses is not evidence of widespread culpability. And, perhaps, most provocative of all that climate change is a hoax.

MMPI is not holding itself out as an ESG activist. We definitely see merit in much of the reasoning. However, ESG is now in rolling snowball mode. It is beginning to overwhelm all investment thinking. The standard healthy debate on the merits and demerits of any decision is not being tolerated any longer. Shareholder primacy has been superseded by stakeholder primacy. Save the Planet is now the rallying cry.

Over recent history, socially responsible investing (SRI) has not proved particularly profitable. Nonetheless, SRI funds have grown in popularity. MMPI is firmly behind the SRI campaign but we have some concerns on the speed of the ESG movement.

We would like to see more thought given to the consequences.

For instance, we foresee many more companies joining the bandwagon and declaring themselves compliant – while really doing very little that’s fundamentally different. That’s not what ESG intends. We envisage more companies espousing stakeholder primacy but reverting to actions in favour of shareholders when the philosophy is truly tested. MMPI says YES to ESG but more debate please!