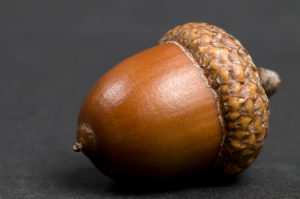 Now that we’re finally exiting lock-down, we thought a little levity might be apt. Eggcorn is a derivation of acorn – a malapropism – the words are wrong, but we get the gist. Ireland coined the term under the moniker Bertie-isms. “Don’t think it helps if we start throwing white elephants and red herrings.” Or “there are kebabs out there plotting against us.” Or the rather excellent “Well I probably should have battered down the hatches.”

Examples abound in every aspect of society. Some are genuine mix-ups; some are actual misunderstandings, and some are just plain wrong. Incredibly, some of the wrong ones gain traction over time and take the place of the originals. A Jerusalem artichoke, for example, has less to do with the holy city and more to do with ‘girasole’, sunflower in Italian. A wedding groom should be a ‘guma’ signifying man. The now familiar ‘card shark’ started out as the more appropriate card sharp.

Alf Simon’s disease can lead to ‘smoke and daggers’, ‘strings and arrows’ and the ghastly ‘cloak and mirrors’. But we shouldn’t be too cruel – we don’t all pass the mustard! For all intensive purposes, putting burglars on the Barbie can turn out to be a damp squid – eggspecially with seizure salad, cold sores and hang sambos. As dust falls, many of us bite our time by cutting to the cheese and lip singing to Christy Burke on the Portugal transistor radio.

Eggcorns can be humorous and harmless but some are unforgiveable. The former camp contains ‘surplus’ water on the roads after rain and the illness ‘chicken spots’. But will everybody please take note that the word ‘Pacific’ unambiguously refers to the ocean; and the word ‘poignant’ means upsetting and not pointed, “It is very poignant that 9 out of 10 pacific cats prefer whiskers.”

Every motorist knows that we use our ‘crotch’ when changing gears and that ‘a trick-related truck’ is all belgian’s whistles. Jar-dropping and mind-bottling seem innocuous, but they can quickly become self-refilling and spread like wildflowers. Adopting the feeble position often leaves one ostrich-sized as a social leopard; but that’s infinitely better than being circus-sized! Or referring to lesbians as lezibethans.

Nobody likes pre-Madonnas and it’s a real blessing in the skies when they curve their enthusiasm and act like escaped goats. We accept it takes two to tangle but, make my words, you’d have to swallow your prize before getting involved in a squeamish in martian arts.

Eggcorns are a fact-of-life. They will always exist – so let’s just embrace their whimsical nature. We’ve a few gems to finish off. We knew a lady onetime with very close veins who had a garden with a lovely ambulance. She had a thing for Hari Christianers, was not a doubles-advocate and was most certainly not self-defecating. She took nothing for granite, had a sick sense and the upmost self of steam. Her holidays’ sauce was to dye for, and she saddled every huddle floorlessly. Peach of cake really, Sheila. Ah the mammaries!