What have cucumbers and grapes got to do with finance? Both represent rewards causing either satisfaction or annoying distress. In the 1980s an experiment labelled the Ultimate Game was conducted on two unsuspecting subjects – Sinéad and Sadhbh (not their real names!). The test dictated that both should agree on how £100 (given to Sinéad) was to be shared. If they couldn’t decide, each received nothing. Sinead seized the opportunity and offered £1 – keeping £99 for herself. The offer was refused. Even though both players knew they’d have to agree (or the money would be lost) they couldn’t settle on what each perceived as a fair and just split.

Injustice and the resulting emotions of envy and jealousy were thought to be human attributes until the experiment was repeated with capuchin monkeys – Seán and Seamus (definitely not their real names!) substituting grapes and cucumbers for monetary reward. Both were perfectly happy to play the game when the rewards for tasks were deemed to be “fair”. 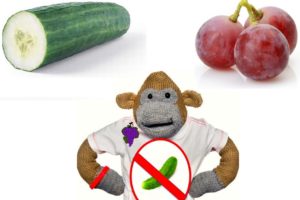 But when Seán received grapes and Seamus received cucumber for the same task Seamus rebelled and threw the cucumber out of the cot, (it was actually a cage! – Ed).

Mathematicians can calculate the optimal offer but they cannot account for the raw emotion! The dichotomy is evident in all walks of life and the idea of game theory revolves around the notion of irrational reactions to perceived injustices. Logically it doesn’t make sense to sacrifice, say, £40 just because the other party receives £60. But we seem to get a high-degree of satisfaction knowing that without agreement the other party will “lose” £60 compared to our £40.

These emotions are also present in financial markets where consumers chase the very last penny in costs. Applying the imagery of grapes and cucumbers consumers can appear happy with their performance in isolation but very unhappy when they realise that others have done better. It is often the case that they are unable to behave rationally in these situations; and there is little doubt that uninformed consumers display feelings of jealousy and envy when they learn of the exploits of others.

Human emotions are difficult to contain and psychologists would have us believe that expressing our emotions is a positive experience. It is interesting that some of the very best examples of successful investing reveal an acute understanding of fairness. In other words a thorough examination of the proposition; a calculation of the permutations, resulting in a fair offer – that is an offer that leaves the other party feeling good. At an individual level consumers often miss the importance of this approach.

Of the MMPI investments that matured in the past three months – 2 produced returns greater than 9%; while 1 returned less than 5%. In the context of deposit rates all were very successful and investors were delighted but human emotion draws us to the higher numbers. Admirably, while the monkeys displayed signs of jealousy the experiments could not prove they were greedy!