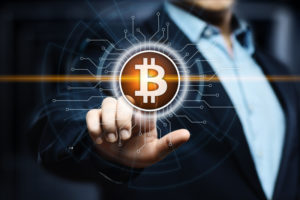 We’ve written about Bitcoin and other cryptocurrencies on several previous occasions; and we’ve highlighted the usefulness of the underlying blockchain technology in various other industries. Everything was going swimmingly until recently.

Let’s be absolutely clear, Bitcoin is the product of mistrust. It’s a creation that was prompted by a lack of conviction in the future value of paper money. Its core plumbing – distributed ledger technology – has no central hub. It has no controlling authority or dominant influence. It is, perhaps, one of the earliest models of true machine learning. It continuously creates an extensive web of interconnected nodes to record and store all of the data that it will ever need. This kind of concept scares people.

Amazingly, we have no difficulty trusting paper money, which is after all just paper – and yet we struggle to trust cryptocurrencies, which are after all just digital numbers. If we ever overcome the trust issue, we may be on to something. Distributed ledger technology invites us to believe. It promises not central control but peer review and verification. The design depends on a distributed network that is transparent to all; is accessible to all and is verifiable by all.

Then recently, there has been a concerted effort by various Central Bank Governors and ECB President Lagarde to diminish the alternate functionality of cryptocurrencies; and Bitcoin in particular. This onslaught may simply be because they are worried that the paper money, which they currently control, may be superseded by something that they do not control.

The attacks are carefully presented as consumer protection concerns. The eminent regulators are worried that consumers may invest in cryptocurrencies and, because of extreme price fluctuations, may assume excessive risks and potentially suffer heavy losses. Very worthy indeed.

Ingenuity in investment markets has determined that it is now possible to invest in Bitcoin through a share quoted on a regulated stock exchange. Such an investment sits comfortably as risk score 7 on the widely accepted 1-7 risk scale. It occupies the same space as every other naked share (naked meaning unprotected). Yet there were no recent speeches from regulators relating to other investments at risk level 7.

Central Banks, worldwide, have created vast amounts of new money in the past several years. MMPI has given up quoting the figures because they are inconceivably huge. Logic teaches us that when a gargantuan supply of a product is unleashed onto the market, the product’s monetary value falls. The same principle applies to paper money. Its monetary value will inevitably decline.

Bitcoin might be a plausible alternative to paper money; or it might fall by the wayside. That is the reasoning behind Bitcoin’s current share price and its ongoing fluctuations. It is flitting between optimism and pessimism; it is skirting supply and demand; it is attracting buyers and sellers. Paradoxically, being knocked back by regulators may just be the spur that it needs to scale new heights. There’s nothing like a deterrent to incite bravado! Elon Musk seems to concur!!