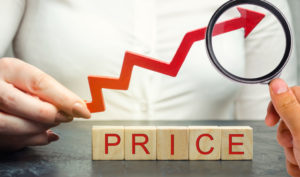 If ever there was one word that cuts to the heart of capitalism it is surely competitiveness. It suggests that excesses are rigorously expunged and that products and services are continuously improved and refined. It is the persistent drive to be better that sets capitalism apart from other economic models.

Regrettably, competitiveness can be misunderstood – some see it as a relentless pursuit towards lower costs. More efficient robots replacing labour-intensive manual tasks is an often cited example. This is unfortunate. Yes, competitiveness may lead to lower costs but it is much more focused on enhancing productivity and generating improvements in design quality and satisfying consumer demands by providing superior solutions.

Consumers love bargains and constantly bleat about cheaper air fares and booze. But driving supermarket prices ever lower does nothing for competitiveness if it results in inferior production that eventually sees a deterioration in quality and the demise of some suppliers.

Competitiveness is concerned with that fine balance between gross excesses and energising efficiencies. Competitiveness can only thrive in a healthy commercial environment where there is sufficient incentive to propel the drive towards finer quality.

At another level, capitalism drives business leaders forward to monopoly – not the board game – but that place where, however fleetingly, a business has stolen a march on its competitors with a new invention or an ingenious new approach – enjoying a breathing space where higher margins can be achieved. Eventually, it is competitiveness that reins in the maverick and order is restored. This often leads to a better position for consumers – not only have they a clever new product but now there are several companies making the product and improving the design.

Naturally, the concept of competitiveness extends to all economic activities including financial markets – and it plays a wider role in massaging price stability; more commonly known as inflation. Inflation is a curious beast but it can be tamed by competitiveness. However, for inflation to be truly held in check competitiveness must prevail in all facets of the markets.

The current rise in inflation is being attributed to pandemic-related dislocations in the demand/supply equilibrium – and this may well be proven to be correct. But there is a more interesting insight that deserves consideration. The lack of competitiveness in the stock markets is having an overarching influence on inflation.

Consumers would be forgiven for assuming that the buying and selling of shares is a highly competitive activity with brokers outbidding each other in a frenzied attempt to slash fees and attract investors. However, as pointed out earlier merely cutting costs is not a measure of true competitiveness. Where is the innovation? Where’s the better design?

Well one innovation that has been driven by demand is the passive investment in index funds. This has now replaced active trading as the consumers’ model of choice. Market makers have responded by automating the process with minimal human involvement. The result is a cheaper product but one that lacks competitiveness. The warped psychology of inflation is a constant wonder