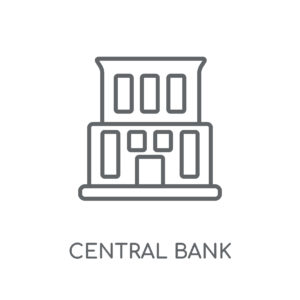 Unbeknown to many, the select inner committees of a country’s Central Bank wield impressive, if highly worrisome, powers. The activities of most Central Banks are concerned with controlling the price of money in an effort to influence inflation and promote steady economic growth. Over the years this authority has been ceded to bank governors by elected legislators because Finance Ministers previously had the habit of mischievously reducing interest rates just ahead of a general election in an effort to sway the electorate. This resulted in regular boom/bust cycles.

In the modern world, most Central Bank governors have the capacity to manipulate interest rates, as they see fit, in order to satisfy their inflation mandate. Behind-the-scenes interference from politicians is commonplace – and in recent times President Trump went as far as to castigate the US Central Bank governor in public for not being “courageous” enough to lower interest rates ahead of this year’s US election.

But who are these Central Bank governors and are they suitably qualified? In most western democracies the head of the Central Bank is a political appointment – not necessarily explicitly chosen by politicians; more correctly nodded in as an acceptable candidate from a short-list. Most governors have an academic background in economics and social sciences; and many are undeniably capable of steering a steady ship in choppy waters. None are sub-maritime commanders!

The imposition of negative interest rates in many currencies (not US$) is a radical move away from piloting the proverbial ship to manoeuvring a submarine below the ocean waves. These are literally unchartered waters for all Central Bank captains. Some have stuck with it for a very long time (Japan). Some have embraced it (EU) but the new skipper may be having second thoughts. Some have abandoned the idea (Sweden). If the US President had his way he’d insist on diving to new depths!

These are radical, experimental times and it is not at all clear that the people at the helm have the appropriate skills to determine the next course. Driving interest rates into negative territory is nothing more than a game of theoretical trial and error. As far as we can tell it has never been seen before throughout the ages. Unlike true scientific experiments the results of this venture cannot be verified. For example, things seem to be working out in the US – the stock markets are flying; the economy is positive, and unemployment is at record lows. Japan is stuck in a rut while Sweden has abandoned its trip into negative-land as not sustainable and positively dangerous.

In day-to-day life, a radical is often characterised as someone with extreme views. In the political world, a radical is cast as a fundamentalist. In academia, a radical may be a thought-provoking nerd like Einstein. In science, a radical is an atom or molecule that has an unpaired electron. This makes radicals chemically reactive and destructive with short lifespans. Where Central Bank governors come in this mix continues to conjure bemusement!