Capital is defined as wealth in the form of money or other assets; preservation as the prevention of decomposition. Therefore, if we can thwart the dilution of value we can preserve capital. Volatility has returned to the markets in recent times and it has raised the topic of capital preservation to the fore once again. 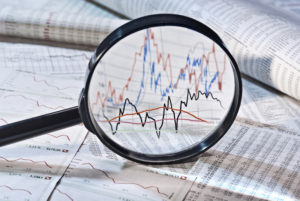 Volatility had been lying dormant for the past 18 months and many investors had become complacent that prices would continue to rise indefinitely. Preserving capital was not an issue, no worries. Then all of sudden panic ensues as 5% is wiped off the value of shares in a matter of hours. Knee-jerk reactions saw capital values depleted even though those who did not panic preserved capital when prices recovered later.

These are salutary lessons for two specific reasons. Investors who are constantly worried about capital preservation should not be invested in shares and such-like, with so-called “naked exposures”. This type of investing offers no downside protection; and in extreme scenarios investors can lose all of their investment. Absolutely zero capital preservation!

The second lesson concerns decisions taken in panic. Good investing involves slow, methodical steps taken over a long time. It should not involve whipsaw responses to headline news. For most consumers the prices of shares and commodities are irrelevancies. Such prices seldom appear prominently in national newspapers or on news bulletins except in instances where the price movements themselves are deemed newsworthy. And this is where consumers become worried and are liable to freak.

Corrections in market prices are a natural occurrence. In fact, it is downright unhealthy for prices to rise consistently over long periods. It is good when frequent reminders are issued that market prices can and do fall. Viewed over 40/50 year timeframes, stock markets often display solid, steady gains. But this serenity disguises the interim peaks and troughs that can prove tumultuous at the time.

Investors who undertake “naked exposures” should have a risk appetite score of 7 on the 1-7 risk scoreboard – if not they are in the wrong investment. Such a risk score implies a keen understanding of the riskiness of the investment and an acknowledgement that capital preservation is not a top priority. Consumers who attract a much lower score should not be fooled by the activities of others further up the risk scale.

MMPI’s suite of investment products keeps a sharp eye on capital preservation- exploring investment styles that are suited to scores of 4 and 5 on the risk scale.

Consumers in this space are prepared to take measured risks with their money recognising that in the long-term pursuit of gains, investment performance can be volatile and they may suffer losses. In particular, they understand and accept that the value of their investment may go up and down. Capital preservation can have an entirely different emphasis when viewed from this perspective. Despite the dictionary definitions above; capital preservation can only be understood at individual investor level. Many consumers and regulators ignore this truth!