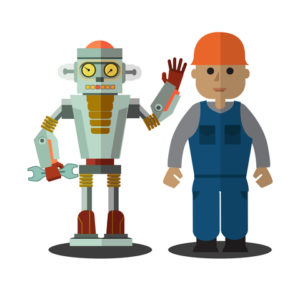 The so-called gig economy is all about flexible, temporary jobs and the use of freelancers rather than full-time employees. Some argue that self-employed roles have been around for eons – so what makes this time different?

The Taylor Review of Modern Working Practices makes for salutary reading. The review calls for the enactment of new, progressive legislation aimed at redefining the dividing line between being self-employed and working for an employer.

Traditionally, employment law is well-established and workers’ rights are clearly defined. The self-employed have always skirted around the edges of employment law providing flexible and convenient working conditions for those who effectively work for themselves. So why is there a call for new rules?

The emergence of companies that excel at providing adaptable yet easily terminated contracts has prompted the call for action. Uber has hit the headlines recently but there are many thousands of operators in the gig economy.

Take the following scenario – I work in the airport in a full-time role and I also have an arrangement with Uber. I collect a salary from my employment and occasional fares from Uber. I check my account each morning and select fares that are heading to the airport. It suits me – I’m travelling there anyway. I also do the reverse in the evening. What’s wrong with this arrangement that is facilitated by the clever use of modern technology?

The Taylor Review determines that the economy should be fair and decent with realistic scope for development and fulfilment. It doesn’t see anything wrong with the above scenario provided the health and well-being of other workers are not affected. But how can that be determined? I provide an excellent service by picking up wiling passengers – if they choose somebody else I don’t care.

But, of course, not all situations are as black and white as this. Insecure and vulnerable freelancers could be exploited – with wages and conditions spiralling downwards. Such concerns are admirable and are well documented in the Taylor Review. However, MMPI has a real dilemma with thinking that clings to long-established labour laws. The nature of employment is changing and the developments in future are unlikely to mirror the disciplines of the past.

The sole focus on redefining the roles of the employed and the self-employed is not helpful. There are many, many more permutations that need to be examined. The notion that good work is shaped by working practices that benefit employees through reward schemes and career development presupposes that the future of work will evolve along the same lines as heretofore. Good terms and conditions and enhanced training and development are fine but they seem pious in the face of likely future evolution.

Computers and robots won’t require job security and they will have no need for career planning and training. They’ll also have no opinion on the merits of workers, self-employed and freelancers. Instead of commissioning reviews of modern working practices governments might be better advised to provide computers and robots with PPS numbers!!